Why did 'let me eat cake without bread' become Marie Antoinette's line? 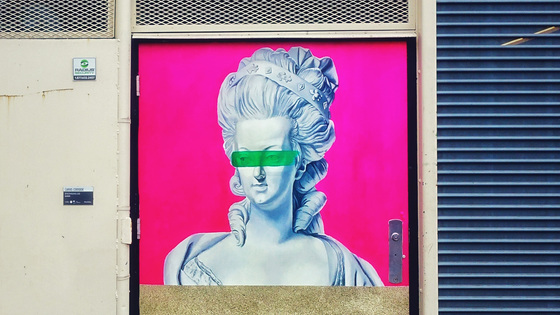 Marie Antoinette , the queen of Louis XVI and who disappeared into the guillotine dew during the French Revolution , said, ' Let me eat cake without bread .' This line is known as a word that symbolizes the image of Marie Antoinette who lived a luxury life far from the poverty of the French people, but it turns out that it is not the word of Marie Antoinette in modern times. I will. Live Science, a scientific news media, explains this line. In France, where the economy continues to deteriorate, Marie's reputation for living a luxurious life and nicknamed a foreign aristocrat was the worst. It is said that Marie herself did not know the financial situation of the kingdom, and as one of the episodes telling that, when she heard the news that the farmers in Paris were very poor and could not afford to buy bread, 'without bread' It is known that you should eat sweets. '

In addition, words that 'not that good if you eat the candy' is not strictly accurate, to have been transmitted as words of Marie '(Qu'ils mangent de la brioche

brioche not that good if you eat).' something like. Brioche is bread with milk and sugar, which is a little more expensive than regular bread, but different from sweets. However, it still shows that Marie's sense of economy was far from the people.

However, there is no evidence that Marie's statement that 'let me eat brioche' is historical in the first place. The first appearance of this statement is said to be the ' confession ' of Jean-Jacques Rousseau , a thinker known for 'Social Contract Theory ' and ' Emile, ' but Rousseau said, 'Peasants are said to have no bread. I remembered that a great princess (d'une grande princesse) said, 'I should eat brioche.' Hmm. In the first place, Rousseau's 'Confession' was published in 1769 and was written before Marie got married, so it is clear that this statement is not Marie's.

In addition, although 'confession' is a body of autobiography, it is a work with many creations, and similar episodes have not been found in other records written at the same time, so this episode itself is Rousseau's. It is generally accepted that it is a creation. In the memoir 'Mémoires de la comtesse de Boigne', 18th-century French female writer Adel Dosmont wrote that Louis XV's daughter Victoire de France 'a peasant who cannot eat bread due to bad harvest.' I heard the story and introduced the episode 'I can't eat pie dough (much cheaper than bread)!' With tears, and this is the original story of the episode introduced by Rousseau. There is also a theory. According to Dennis Maior-Baron, a part-time lecturer at Claremont Graduate University, the statement that 'let me eat cake without bread' came to the forefront in France, led by Napoleon III. It was after the Empire was defeated in the Franco-Prussian War in 1870 and the French Third Republic was established. Maior-Baron points out that the Republicans who pushed the Third Republic had launched a negative campaign against the Bourbon dynasty and Marie Antoinette as part of the attack on the Second Empire of France. At that time, the Republicans had a slogan of 'let the people eat cake.' Robert Gildea, a professor of modern history at Oxford University, points out that 'the French Revolution was trying to exclude women from political power' as the reason why Marie was executed in the French Revolution. According to Gilday, the exclusion of Marie Antoinette during the French Revolution has a sexist side, with the female rights activist Olympe de Gouge, who published the Declaration of the Rights of Women and Female Citizens in 1791. He states that this can be seen from his execution on the guillotine.