19th-century sperm whales may have shared 'how to avoid whalers' 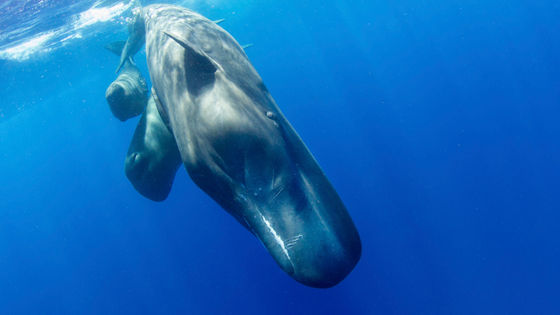 Modern people use smartphone apps and SNS to share various news. A study that digitizes and analyzes 19th-century logbooks that whales 'likely shared ways to avoid whalers' in a herd in the ocean, dating back to the present day, about 200 years ago. Turned out by.

Sperm Whales in the 19th Century Share Information With Each Other to Avoid Whalers | Science Times
https://www.sciencetimes.com/articles/30215/20210319/sperm-whales-19th-century-share-information-each-avoid-whalers-study.htm

Sperm Whales in the 19th Century Share Information With Each Other to Avoid Whalers | Science Times
https://www.sciencetimes.com/articles/30215/20210319/sperm-whales-19th-century-share-information-each-avoid-whalers-study.htm

In recent years, only some countries such as Scandinavia, North America and Japan have been whaling, but in the past many countries were whaling on a large scale. The English name for sperm whales , 'sperm whale,' is also derived from the fact that the whale wax (brain oil) collected from sperm whales was mistaken for semen because it was white and muddy. A research team led by Hal Whitehead, a biologist at Dalhousie University in Canada, has been digitized in the 19th century to study the impact of sperm whale whaling on human economic development and marine ecosystems. We scrutinized 77,749 whaling ship logbooks. As a result, 2405 logbooks revealed that a whaling vessel had captured sperm whales.

'It seems that sperm whales initially took defensive measures to form a formation centered on young whales near the surface of the sea,' Whitehead said in an analysis of the whaler's logbook. This was the only natural enemy at the time. It was a tactic to protect the young whale from the squirrel, but it was rather convenient for the whaling ship. It must have been shared within the sperm whale society. '