Which country has the most support for IPv6? 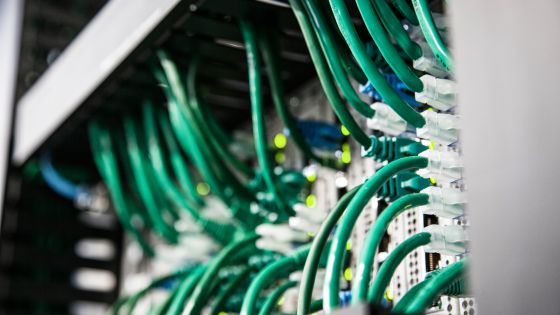 Of the IP addresses that represent locations on the Internet, '

IPv4 addresses ' were exhausted in North America in September 2015, and in November 2019, all IPv4 addresses in Europe, including spares, were exhausted . As a countermeasure against such ' IP address exhaustion problem ', the transition to 'IPv6 ' is progressing all over the world. Akamai , a major CDN operator, discloses the spread of IPv6 in each country.

The map showing the spread of IPv6 published by Akamai looks like this. A world map is displayed on the screen, and the countries with higher IPv6 penetration are filled with darker colors. 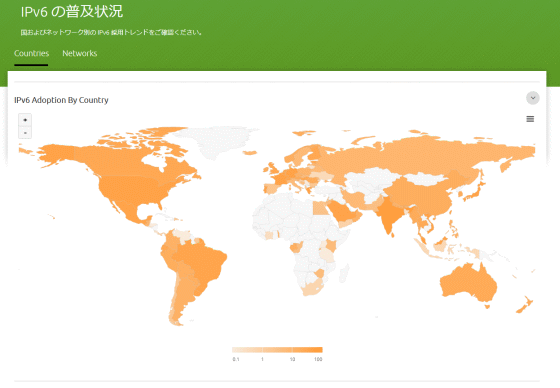 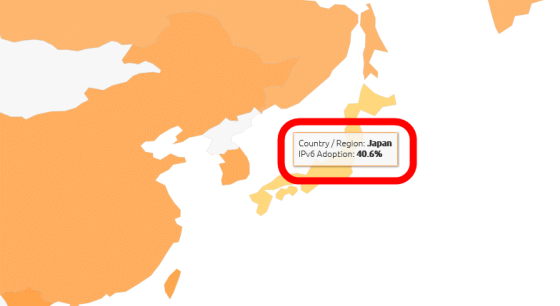 The penetration rate of IPv6 in South Korea is 19.3%, which is less than half that of Japan. 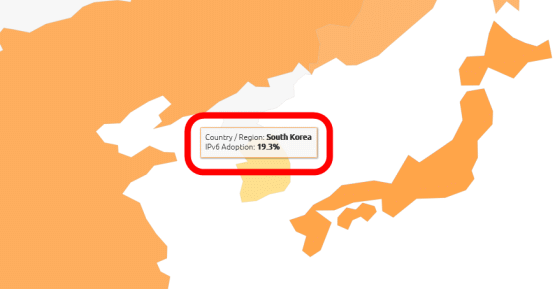 The penetration rate of IPv6 in the United States of America is 41.4%, which is slightly higher than that of Japan. 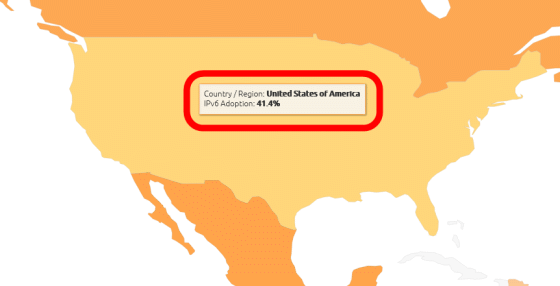 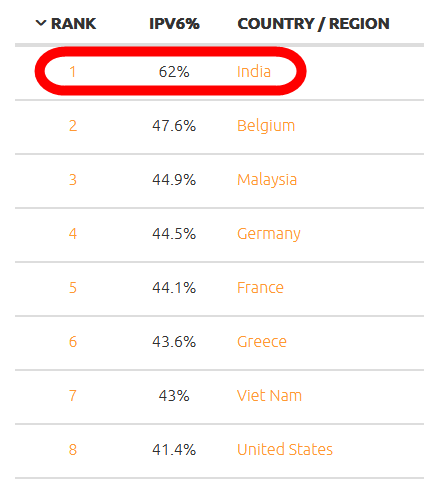 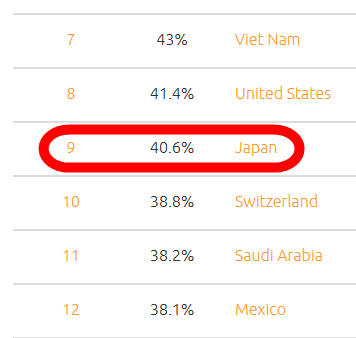