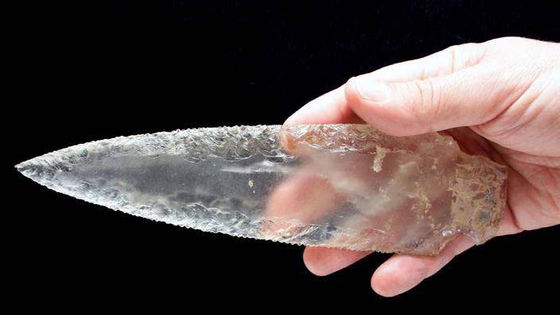 A 'crystal dagger', believed to date from 3000 BC, was found in ancient ruins in the province of Seville, Andalusia, Spain. Researchers estimate that 'the dagger was a special item for those with social status,' because crystals are not readily available where they are found.

The Crystal Weapons of Prehistoric Spain --The Daily Grail
https://www.dailygrail.com/2016/09/the-crystal-weapons-of-prehistoric-spain/

The archaeological site ' Toros of Montelirio ' in the town of Valencina de la Conception in the southern part of the Iberian Peninsula is a 44-meter-long megalithic tomb excavated from 2007 to 2010, and has human bones for at least 25 people from within the structure. And many burial items have been found.

Among the burial items, this 'crystal dagger' is considered to be particularly important. 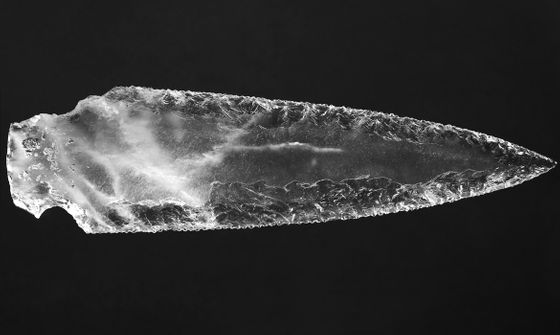 A handle and scabbard made of ivory have also been found near the blade, which has a blade length of about 21 cm. 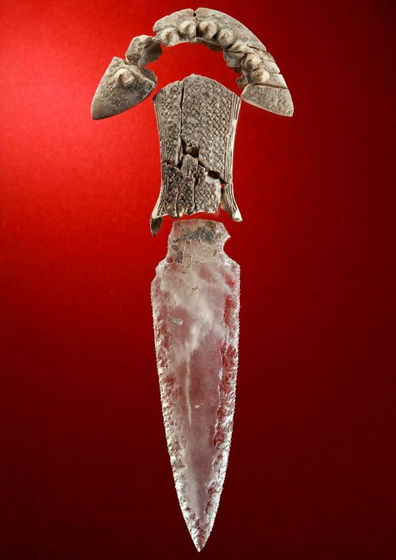 Weapons such as arrowheads were also buried.

According to archaeologists who investigated the ruins, these crystal weapons had almost the same shape as the stone tools found in the area. However, it is believed that the ancients who made these weapons had to travel a considerable distance to find the material, as no naturally occurring crystals were found in the area. Therefore, archaeologists speculate that this crystal weapon was made for a person special to the people who built the ruins.

The research team, who published these discoveries in an August 2015 treatise , said, 'Crystal must have been treated symbolically as a material with special implications. Other literature found in the past. But we know that in ancient societies, crystals were used to show vitality, magical power, and connection with our ancestors. '