Drinking a cup of coffee in a paper cup will ingest 25,000 microplastics 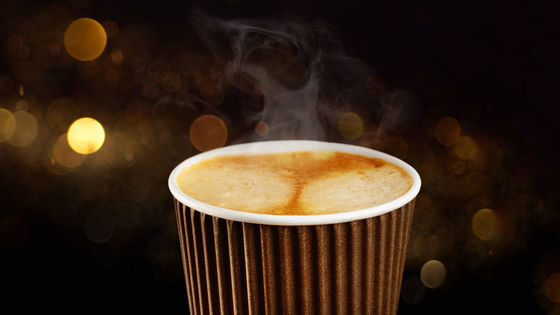 Disposable paper cups are used everywhere in our daily lives, such as when we buy drinks at convenience stores and coffee shops, and when we have a drink corner in a break space in a public facility. A study analyzing boiling water poured into such a paper cup revealed that drinking coffee or tea with a paper cup causes a large amount of

microplastic to dissolve in the beverage.

Coffee with a side of microplastics: paper cups likely leach plastic into your cup of joe
https://www.zmescience.com/science/coffee-with-a-side-of-microplastics-paper-cups-likely-leech-plastic-into-your-cup-of-joe/

This time, a research team led by Associate Professor Sudha Goel, who is studying environmental engineering at the Indian Institute of Technology Kharagpur, conducted an experiment on the effects of drinking hot drinks in disposable paper cups. The research team first collected five types of disposable paper cups on the market in order to reproduce the situation of pouring coffee etc. into a paper cup. Of the five types of paper cups, four were coated with high-density polyethylene (HDPE) grade plastic film on the inside.

When the research team poured 100 ml of boiling water at 85 to 90 degrees into a paper cup, left it for 15 minutes, and observed it with a fluorescence microscope , it was confirmed that microplastics were released into the hot water.

Below is a photomicrograph of microplastics taken by the research team. When Goel et al. Counted the number of microplastics, they found that about 25,000 micron-sized microplastic particles were contained in 100 milliliters. 'In the 15 minutes it takes to drink coffee or tea, the plastic layer of the cup deteriorates into 25,000 micron-sized particles that are released into the beverage, which means a paper cup,' Goel said. A person who drinks three cups of hot drink daily will consume 75,000 microplastic particles that are invisible to the naked eye, 'he said.

In addition, as a result of observing the sample in the paper cup with a

scanning electron microscope , it was found that about 10.2 billion submicron- sized microplastics smaller than 1 micron were contained. Furthermore, it has been confirmed that ions such as fluoride, chloride, sulfate, and nitrate were dissolved in the beverage due to the deterioration of the film. The research team says, 'Since we used ultrapure water in the experiment, these substances are almost certainly derived from paper cups.'

The article created point, the micro plastic does not have the clear effects and toxicity directly on the human body, Goel said, 'micro plastic is able to function as a medium to carry the harmful heavy metals, such as palladium, chromium, cadmium found users had . Therefore, when regularly ingested over a long period of time, he said that there is a serious impact on health ', showed concern. According to a survey by market research firm IMARC Group, the number of paper cups produced worldwide in 2019 will reach about 264 billion.

EcoLife, an industry group aiming to popularize biodegradable plastics, said, 'Disposable paper cups are in great demand and cannot be recycled, which can cause deforestation. Also, because they contain plastic, they can be used even in the soil. It will not be completely disassembled, leaving a thin plastic film. '

In light of these issues, Virendra Tewari, director of agricultural and food engineering at the Indian Institute of Technology Kharagpur, said, 'We quickly replaced plastic containers with paper cups because they were environmentally damaging. This study suggests that careful consideration is required when taking such measures. '

In India, clay disposable cups called ' Kulhar ' are traditionally used for selling drinks, but in recent years, paper cups have become widespread and are no longer used in urban areas.