Is it safe to use PET bottles after drinking repeatedly? 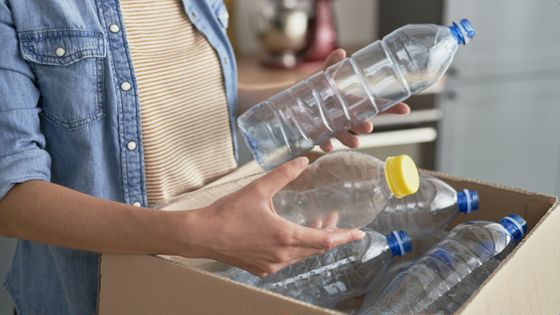 It is estimated that nearly one million PET bottles are purchased worldwide every minute, most of which are eventually landfilled. Some people wash the PET bottles they have finished drinking, add water or tea again and use them instead of water bottles, but the question is, 'Is it hygienic to reuse PET bottles?' It is a point. Experts are answering questions about the reuse of PET bottles.

Is it safe to reuse plastic water bottles? --Metafact

We All Do It, But Is It Actually Safe to Reuse Plastic Water Bottles?
https://www.sciencealert.com/it-is-safe-to-reuse-plastic-water-bottles-these-scientists-explain Polyethylene terephthalate (PET) , which is the raw material for PET bottles, is used for packaging many foods other than PET bottles due to its light weight, transparency, and relatively heat resistance. PET has been confirmed to be safe in many regions, including the United States and Europe, and it is believed that contact with food and drink will not cause any problems.

However, there is a theory on the Internet that 'chemical substances contained in PET bottles are released into beverages and cause cancer.' One of the chemicals of concern to those who make these claims is bisphenol A (BPA), which is used in the synthesis of plastics.

BPA can damage the endocrine system and cause problems with reproductive and metabolic functions, but BPA is used in rigid plastics such as polycarbonate and epoxy , which are not included in PET. .. 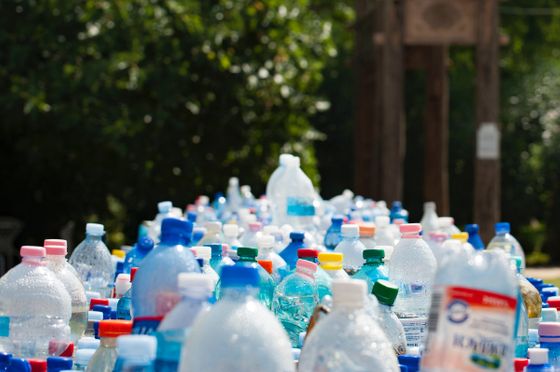 Antimony is a chemical substance other than BPA that is of concern. Antimony, which is used as a catalyst in the manufacture of PET bottles, is not a carcinogen, but ingestion of dangerous amounts can cause vomiting and diarrhea. PET bottles from 2008 were investigated over a period of several months about the dangers of antimony, which melted in the beverage research in, but gradually antimony is able to leach into the beverage in the bottle has been confirmed, the amount is much more than the danger value It was only a low value.

There is also concern that chemical leaching will occur more frequently in high temperature conditions. A 2008 study conducted a six-month survey under conditions of temperatures between 60 and 80 degrees Celsius, and found that antimony leaching into beverages reached dangerous levels. However, it took 176 days to reach the dangerous value under the condition of 60 degrees, and it took more than a day even under the condition of 80 degrees, so if you avoid leaving the PET bottle in direct sunlight for a long time, it is a dangerous value. It seems that it does not reach. 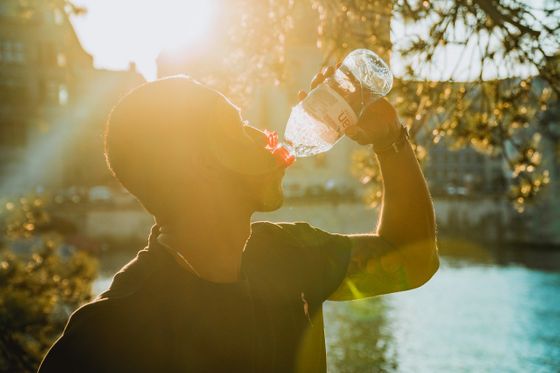 Regarding the reuse of PET bottles, there are

voices of concern from the perspective of microplastics , which are small pieces of plastic, and in fact, 'PET bottle beverages immediately after opening contain microplastics at a rate of 93%.' There is also a research result of. However, a World Health Organization (WHO) study of the hazards of microplastics has concluded that microplastics do not pose a significant hazard to human health.

The biggest risk of PET bottle reuse, as experts think, is 'dirt on PET bottles'. Since PET bottles are not designed for repeated use, they can be easily damaged or cracked, and there is also a risk of microorganisms multiplying due to cracks on the surface. Especially when the inside is moist, there is a high possibility that the pollution will be severe. 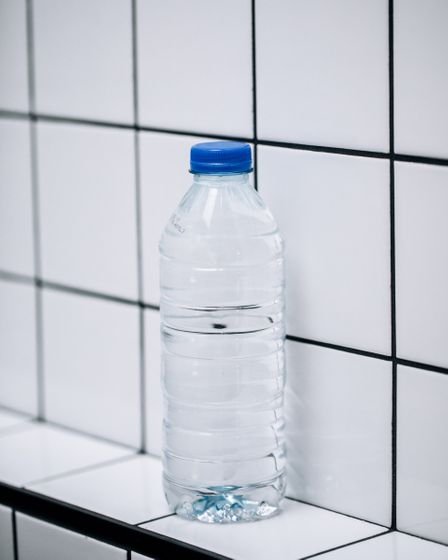 Of the eight experts who responded to the reuse of PET bottles, six said they were 'likely safe.' The highest risk of reuse is not the leaching of microplastics and chemicals, but the contamination by microorganisms, so it is important to wash PET bottles regularly.