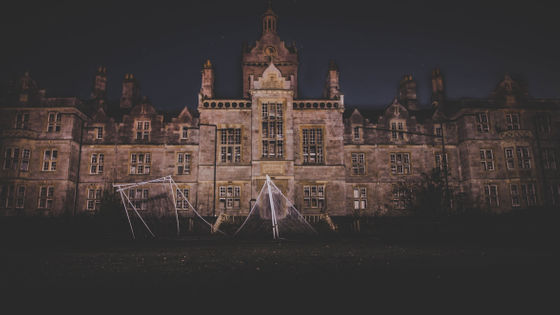 According to a survey of monitoring visitors to a

haunted house that creates ghostly situations and incites fear, 'it's not good to be too scared or too scared to get fun from fear.' It turned out.

'Horror' is a major genre in many entertainment works such as horror movies, horror novels, and horror games. The mixed emotion of fear and lack of fun is academically called 'Recreational Fear', and it is believed that people seek horror works to obtain entertainment fear. I will.

By the way, you can enjoy this kind of horror experience at Dystopia.


A total of 110 subjects aged 12 to 57 (mean age 30.45 years, 62 women, 48 men) participated in this survey. While each subject was going around Dystopia, the subject's heart rate and reaction were recorded from the heart rate monitor worn and the infrared camera installed in the hall, and questionnaire surveys were conducted before and after admission.

Dystopia has a variety of attractions, but in this survey, 'mad scientists unleash zombies,' 'being chased by a big man in a pig mask with a roaring chainsaw,' and 'turning the corner.' We analyzed the heart rate and reaction of three attractions: 'Several zombies attack in a moment.' The following is a part of a movie of a zombie-producing mad scientist attraction taken with an infrared camera.

An attraction of a big man in a pig mask (left side) and a zombie attacking (right side). 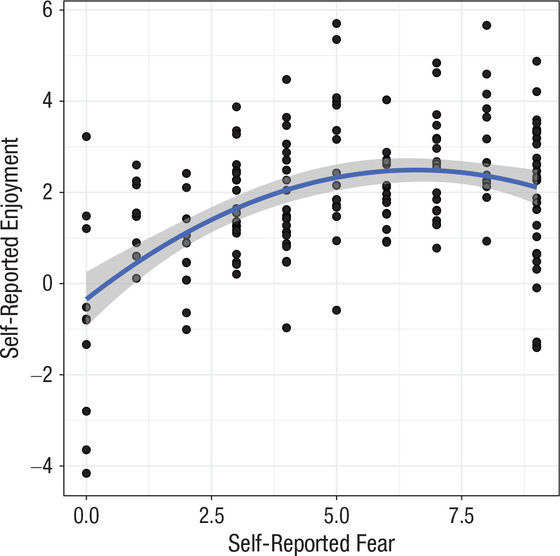 Based on these results, Andersen points out that previous studies on entertainment fear have not performed subjective, behavioral, or physiological levels of analysis. He said the study provided empirical evidence of entertainment fear, saying, 'I wouldn't enjoy it if the attraction participants weren't scared, but at the same time I wouldn't enjoy it if they were too scared.' 'Good fear' seems to be important for maximizing enjoyment. '

The total number of subjects was 110, but 4 had inadequate questionnaires, 10 could not obtain heart rate data, and 4 retired from Dystopia in the middle, so the paper was 'excluded participation. There are issues with the survey method because there were a relatively large number of people. '