' Nissin Yakisoba UFOTKY Egg Kake Yakisoba with thick and thick sauce ', which is an instant fried noodle made from ' Tamago Kake Gohan ', which is popularly known as 'TKG', will be available from November 9, 2020. It has appeared. The fried noodles, which are entwined with the rich sauce and mellow egg yolk sauce that are characteristic of UFO, are used as ingredients such as scrambled eggs and sprinkled eggs, making it an irresistible 'TKY' for egg lovers. It is said that it is finished, so I actually bought it and tried it.

This is 'Nissin Yakisoba UFOTKY Egg Kake Yakisoba with thick and thick sauce'. The catchphrase 'Eggs become horses with sauce!' Is printed. 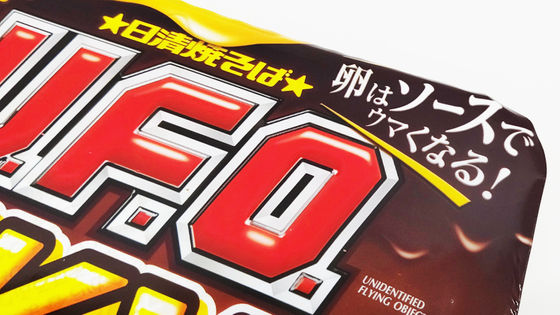 If you look at the raw material column, you can see that 'egg yolk sauce' is used as the sauce and that 'seasoned egg' is also included. 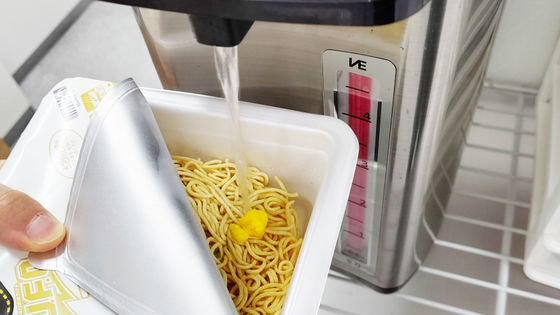 Set the timer to 3 minutes. Of the four types of sachets, 'liquid sauce' and 'chasing sauce' are placed on the cup to warm them, but 'egg soboro sprinkle' and 'yolk paste' do not warm, so be careful. 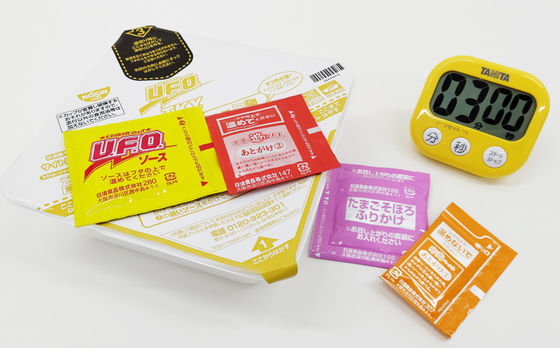 After 3 minutes, drain the water. 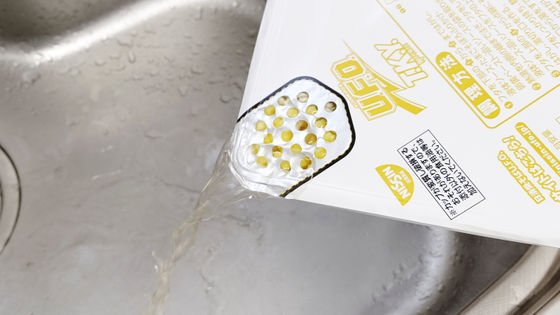 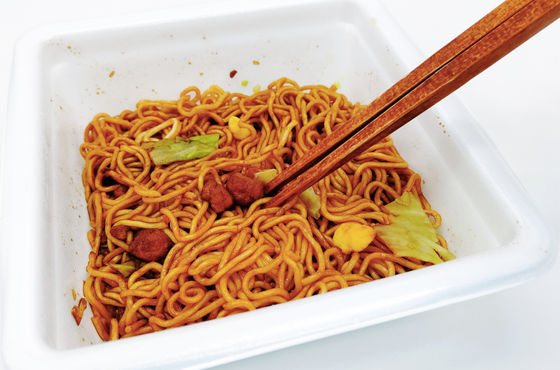 When I ate a bite, I felt that the mellowness of the egg and the taste of the rich sauce were combined. If you drop raw eggs into instant noodles and arrange them, the richness of the yolk may be too strong and the taste may be blurred, but in 'UFOTKY', the chasing sauce is entwined with the egg yolk paste, and scrambled eggs and egg shavings are further added. Scrambled eggs, so you can fully enjoy the combination of egg yolk and sauce. To put it the other way around, the mellowness of the egg seems to be pushed by the richness of the sauce, so if you like the rich mellowness of the egg anyway, first reduce the amount of chasing sauce and then adjust. I felt that the egg was better.