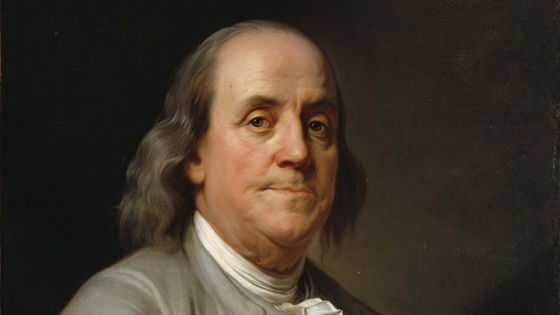 Benjamin Franklin , who is praised as one of the founding fathers of the United States and has a portrait on a $ 100 bill, is also famous for the saying ' time is money .' The life information site The Art of Manliness (AoM) has compiled eight stories about money that Franklin tells.

This memory was a bitter memory of Franklin for a while, but as an adult Franklin recalled the episode in a letter to a friend, saying, 'If I live comfortably to save money, Whenever I see someone who has let go of the joy of doing good deeds, the respect of their peers and the joy of philanthropic friendship, I would say, 'Poor man. You are paying too much for the whistle.' I believe that most of human misery comes from mistaking the value of things and paying too much for the whistle. '

As a kid, Franklin deeply regretted buying a whistle at a high price, but as he grows up and makes a lot of sacrifices for money, the true value and joy of things. He said that he came to think that he could not be converted into money. 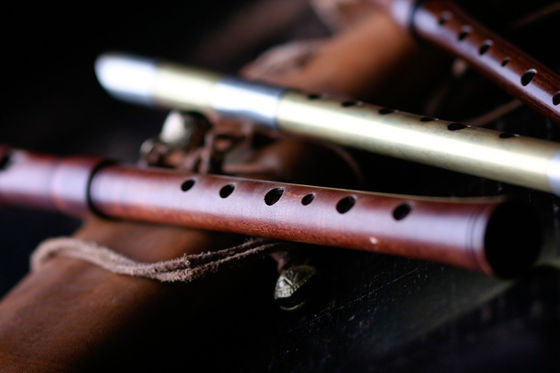 ◆ 2: Be self-sufficient
Franklin's father initially wanted Franklin to be in the priesthood, but after leaving school Franklin wanted to succeed him as a candlemaker. In the end, Franklin didn't become a candlemaker, but the self-sufficient spirit he cultivated while looking at the workplaces where other craftsmen work later became the foundation for Franklin's success. That's because the success of Franklin's career in the printing business began with the fact that America didn't have its own printing equipment at the time and was dependent on imports.

Franklin had the belief that self-sufficiency not only saves money, but also leads to greater happiness. For example, Franklin said in his autobiography:

'Human well-being is not brought about by the great luck that rarely happens, but by the small profits that we get every day. If we give money to a poor young man, he quickly runs out, but gives him a razor. If you teach them how to dress up, you won't have to bother going to the barber shop. '

◆ 3: Self-investment
Franklin has been a bookworm since he was a child, and most of his pocket money was spent on buying books, and he spent most of his leisure time reading. This gives Franklin enough knowledge to later become a world-renowned writer, scientist, and diplomat, despite his father's educational policy of 'not receiving academic education to learn business.' I was able to store.

As a kid, Franklin said, 'I've loved reading since I was little, and I used all the money I got to buy books. Thanks to this collection, I spend an hour or two every day. I was able to make up for some of my dad's intentional lack of academic education for me by studying. Reading was my only pastime, and I used to drink and play. I didn't spend time and continued to work for myself as much as I needed. ' ◆ 4: Friends choose
Franklin says he spends most of his free money on self-investment, but he has made the mistake of wasting money. A year after Franklin got a job at a printing shop, Franklin became friends with a person named James Ralph and spent money and time on entertainment such as theater. Also, Ralph, who was capricious and did not get a regular job, often borrowed money from Franklin.

Then, at one point, Franklin and Ralph broke up, and Ralph did not return the money he had borrowed from Franklin. Learning from this experience, Franklin began to strive to have friends with whom he could share values.

Franklin even wrote in his autobiography about playing around with Ralf, 'This is one of the big mistakes in my life and I want to fix it if I can start over.' , I'm showing regret.

◆ 5: Don't sacrifice your integrity for money
Franklin acquired the newspaper

'I saw the manuscript of your article and found it to be a malicious and defamatory article. I bought bread last night and went home and pumped water to decide whether to publish it. I had a supper. I didn't feel any inconvenience in living this life, so I decided not to sell my press for a better life. I've arrived. ' 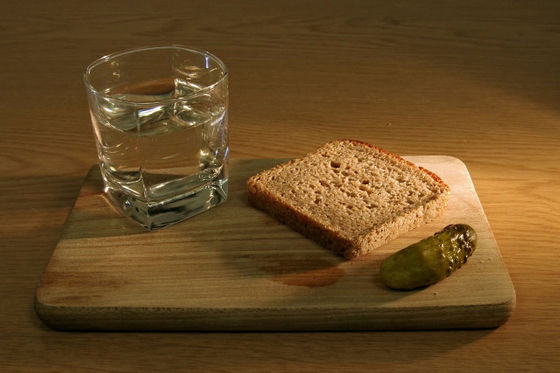 ◆ 6: Diligence is the way to wealth
Franklin wrote in his ' Future Action Plan ' at the age of 20:

'Don't be fooled by stupid plans to work hard and suddenly get rich. Diligence and patience are the surest way to get rich.'

Franklin is praised as the founding father of the United States, but his success did not come true overnight. It took Franklin 10 years to leave home and work as a print shop apprentice, set up his own company and get it on track. During that time, Franklin lived a modest life and worked harder than any other rival.

◆ 7: Time is money
In Orison Swett Marden 's book Pushing to the Front , which summarizes the words of a successful great, Franklin's episode when he was a publisher is introduced as follows.

One day, when a man asked a clerk at a Franklin publisher about the price of a book, the clerk replied, 'It's $ 1.' The man bargained, 'Isn't it cheaper than $ 1?', But the clerk didn't get along, so he rushed to Franklin, who was busy working in the back of the store, and asked for the price of the book. Franklin replied, 'It's $ 1.25.' Franklin said to the dismayed man, 'I wish I had paid $ 1 if I didn't interrupt my work.' After that, the man was sticky, but the price went up, so he finally silently put money on the counter and left the store with a book. The man was forced to pay a tuition for the wisdom of freely turning time into wealth.

Regarding this episode, AoM said, 'Franklin's famous phrase'time is money'is sometimes referred to as a guardian's word these days, but Franklin makes a fortune by using his time wisely. I knew that it was essential to me and that I needed to pursue my free time. In fact, Franklin retired from the printing industry at the age of 42, inventing the rest of his life, studying science, etc. I was able to use it for whatever I wanted. ' 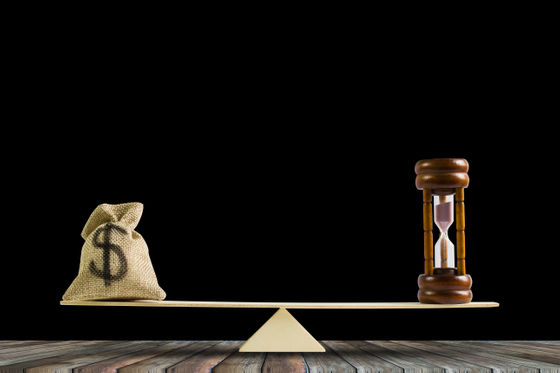 ◆ 8: Money is just a means to achieve the purpose
As mentioned above, Franklin worked diligently to save money and pursued wealth, but he thought that wealth was just a means, not an end. Franklin explains why he makes money: 'The boring worries and fatigue of work with the creative and valuable people who read, study, experiment, and respect me as friendships and acquaintances. It's a leisure time to talk a lot about being able to create something for the common interests of people without being disturbed by them, 'he said in his book.

Franklin also wrote in a letter to his mother, 'I don't want to be told that I've become rich and died after death, but that I've lived to help others.' That is.