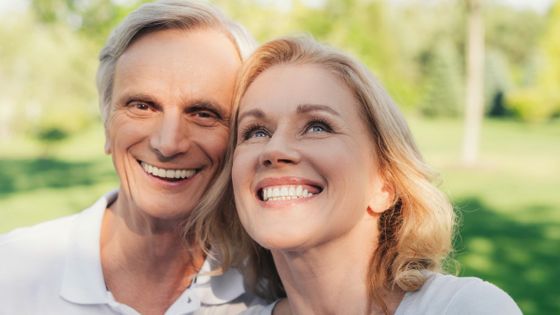 The theory that 'couples who have been with us for many years become more and more similar in face' is widely accepted all over the world, and it is sometimes said that it is a scientifically proven fact. Researchers at Stanford University have investigated this theory using a wealth of data and AI, and the results have been published in the scientific journal Scientific Reports. 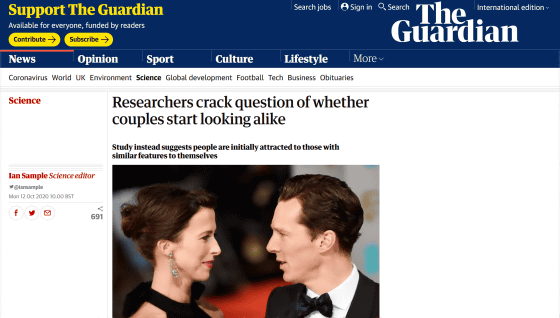 The theory that couples who have lived together for a long time look alike is based on a 1987 paper published by social psychologists at the University of Michigan. In this paper, it was explained that as a result of conducting an experiment in which volunteers looked at the facial photographs of 12 couples, it was concluded that 'couples who have been together for 25 years will have similar faces over time.' I have.

The research team also argued that the reason why the faces of married couples who have been together for many years look similar is 'the result of unknowingly imitating the faces of the other person who has lived with them for many years.' The research team suggested that unknowingly imitating the spouse's face could cause gradual changes in facial muscle tissue, which could eventually lead to similar facial physical characteristics.

This theory is widely accepted both in the field of psychology and in everyday contexts, but Stanford University PhD student Pin Pin Tea-makorn and computational psychologist Michal Kosinski have long-time companion faces. He pointed out that there is little evidence to support the theory that they are similar. So he said he decided to re-examine whether this theory was actually correct. 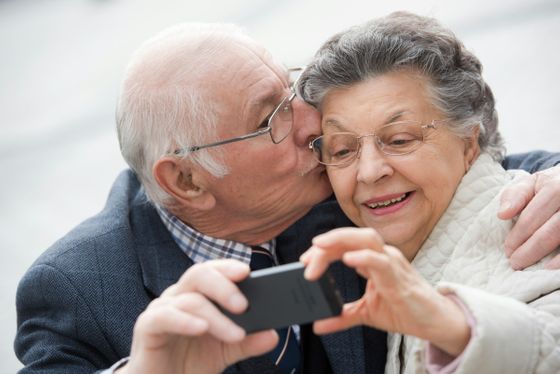 Tea-makorn and colleagues searched for various open source data and found that 517 couples were 'pictured when they started their marriage (within two years of marriage)' and 'pictures taken decades later (from marriage). (Within 20 to 69 years) ”was collected. All the couples collected were white heterosexuals, as sufficient samples were not available for non-whites and homosexuals to allow for meaningful analysis.

In the experiment, 153 volunteers were shown a photo of one of the couples and a total of six, including the faces of a pair of spouses and five randomly selected. Volunteers ranked how similar the faces of the six were compared to a photo of one of the couples. In addition, it seems that the algorithm called 'VGGFace2', which is superior to humans in recognizing facial similarity, was also ranked in the same way.

Analyzing volunteer and algorithmic rankings, the two said, found no evidence to support the theory that 'the faces of couples who have been together for many years look alike' in either ranking. The theory was so widely accepted that the results were surprising to Tea-Makorn, who believed that 'you could find evidence that the faces of a couple who had been with you for many years would look alike.' That thing.

While it was not confirmed over time that the couple's faces resembled, the two said, 'Compared to a randomly chosen partner, the couple's face that has been with them for many years tends to resemble at the beginning of the marriage. I insist. This is in line with previous studies , 'spouse faces are similar, but they do not converge over time,' they said. 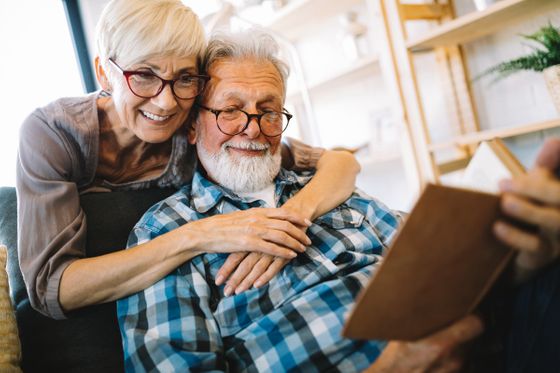 The Guardian points out that it is important to look back on past studies and check their validity. 'There is no doubt that the field of psychology needs to be updated,' commented Kosinski.