A strategy to release 'foxes painted with radioactive paint' to Japan was being considered in World War II. attack on Pearl Harbor on December 8, 1941, which sparked the Pacific War, caused great damage to the US military due to a surprise attack from the Japanese army. Inspired by this attack on Pearl Harbor, the American side devised many unusual strategies because they wanted to somehow outsmart Japan. One of the most striking and unusual strategies was to ' release foxes with radioactive paint all over Japan, ' explains the science news site Smithsonian Magazine.

William Donovan, also known as the 'father of American intelligence ,' made Japan, Germany, and Italy the head of the Office of Strategic Services (OSS), the predecessor of the Central Intelligence Agency (CIA) in the United States during World War II. I had scientists look for strategies to outsmart them. There were many strange strategies devised, such as explosive pancake mixes, incendiary bombs to wrap around live bats, medicines to extract information from prisoners of war, and sprays to recreate the smell of feces. One of the quirky operations is ' Operation Fantasia '.

Operation Fantasia was conceived by Ed Salinger, an OSS psychological warfare strategist. Salinger, who once ran a trading business in Tokyo, was hired by OSS because he could understand Japanese and was familiar with Japanese culture, especially because he was expected to study Japanese fairy tales. It is said.

Operation Fantasia, devised by Salinger in 1943, was to 'destroy the morale of the Japanese by showing the magical fox spirit as a villain.' Salinger wrote in his memo that 'Japanese people are greatly influenced by superstitions, demon beliefs, and unnatural and unsightly signs.' OSS has developed fox-shaped balloons and musical instruments that imitate the fox's bark in order to create foxes that scare the Japanese, but it was judged that neither was practical. And it seems that the idea of 'painting the whole body of foxes caught in China and Australia with fluorescent paint and releasing them in Japan' was adopted.

For the fluorescent paint, paint containing radium, which is a radioactive substance, was adopted. To test whether radioactive fluorescent paint could be applied to fox fur, OSS reportedly tested it on zoo-reared raccoons. After that, I painted 30 foxes with fluorescent paint and secretly released them in a park in Washington, DC, and a person walking in the park at night screamed, 'A ghost-like animal is jumping!' And reported to the police. Therefore, it was judged that 'Operation Fantasia is fully applicable to Japanese people.' However, in order for Operation Fantasia to succeed, the issue of 'how to land and deploy foxes in Japan' remained. To test this problem, OSS conducted an experiment in which the fox was taken by boat to the vicinity of the estuary and thrown into the sea to swim to land. As a result of the experiment, it seemed that all the foxes could swim all the way to the land and landing was possible ... but most of the fluorescent paint applied to the body was washed away with seawater, and as soon as they arrived at the land, The foxes failed because they licked and cleaned their fur.

Also, even if you manage to bring the fox to Japan, OSS has never trained the fox, so it is impossible to move the fox as you wish and make it appear where you want it. Salinger said, 'If you release a lot of foxes, a few will appear in the intended place,' and suggests using mink, raccoons, and coyotes if you don't have enough foxes.

In addition, Salinger notes the strange idea that 'a human skull coated with fluorescent paint is attached to a stuffed fox that is also coated with fluorescent paint and lifted in the air with a balloon or octopus to demoralize the Japanese.' I leave it in. In addition, in case all the plans went wrong, Salinger said, 'I'll have the Japanese on the Allied side play'fox tsuki'. I'm obsessed with foxes.' I also devised a ridiculous last resort, 'run around.' 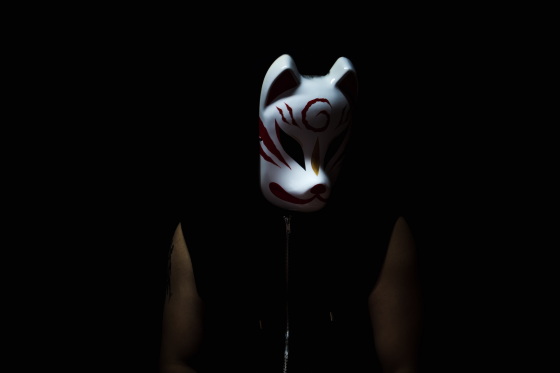 However, on September 24, 1943, Dr. Stanley Ravel, the commander of Operation Fantasia and Chief of OSS R & D, decided to cancel due to the feasibility and irrationality of Operation Fantasia. Dr. Ravel is known for devising a number of quirky strategies, such as 'mixing female hormones into the food of Nazi Germany's Führer Adolf Hitler to eliminate the trademark mustache and lose dignity.' A person who was called ' Professor Moriarty '. The fact that Dr. Ravel decided that it was impossible to continue may have made Operation Fantasia seem insane to the people inside OSS.

'Operation Fantasia is racist, ethnocentric and disrespectful of Japanese culture by many U.S. military, intelligence and political leaders,' said Vince Horton, curator of the International Spy Museum . You can see how it looks. '