How much time and money will it take to travel 17,000 km from Portugal to Vietnam by train alone? In 2010, the railway project, which runs from Beijing in China to London in England at a maximum speed of 345 km in two days, became a hot topic . Although this railway has not been realized, as of 2020, it is actually possible to travel a distance longer than that between Beijing and London by rail alone. Basement Geographer, a travel site, has published a detailed route showing how long it will take and how much it will cost to travel directly from Portugal to Vietnam by taking the train only. The first two days of this rail journey are through the EU countries and are relatively simple. Travelers can take a rail pass called the

Eurail Pass and only pay extra for sleepers and high-speed trains. It takes 40 hours and 33 minutes from Porto, Portugal to Warsaw, Poland, with 4 transfers. First, take the high-speed train from Porto to the city called Coimbra, wait an hour for transit, and then take a regular train to the east of Portugal to reach Hendaye in the south of France via Spain. Transfer to TGV at Hendaye and move to Paris in 6 hours. After being swayed by the Paris metro for one hour and arriving at the northern end of France, a high-speed train takes three hours through Belgium to Cologne, Germany.

In Cologne, wait 3 hours before transferring to the next train. Then take the train from Amsterdam to Warsaw to the end of Warsaw. It takes 10 hours to get to Warsaw, but if you take a sleeper train, you will be comfortable.

There are two options for traveling from Warsaw. One is through Belarus, but requires a transit visa that takes a few days to get. The other is that it takes some time, but it continues northward and passes through the Baltic States and eastern Russia. This method requires an extra day and extra money, but you don't have to worry about getting a transit visa. You have to choose Belarus to 'travel the longest direct route'. In this case, you will depart Warsaw at 22:45, spend the whole day, go through two time zone changes, and enter 1131km, 26 hours 25 minutes into Moscow.

In Moscow you will spend 18 hours and 25 minutes before connecting. Then board the Siberian Railway and choose the route that goes south in the city of Ulan-Ude, not Vladivostok, which is the end point, and pass through Ulaanbaatar in Mongolia to Beijing. This journey is 7622 km, which is a 6-day journey. Sleeper trains are expensive at $804 for a 4-bed room and $1131 for a 2-bed room, but they can be said to be inexpensive considering the distance traveled. The rail width in China is different from that in Mongolia and Russia, so it is necessary to wait 4 hours at the border between Mongolia and China to replace the truck. 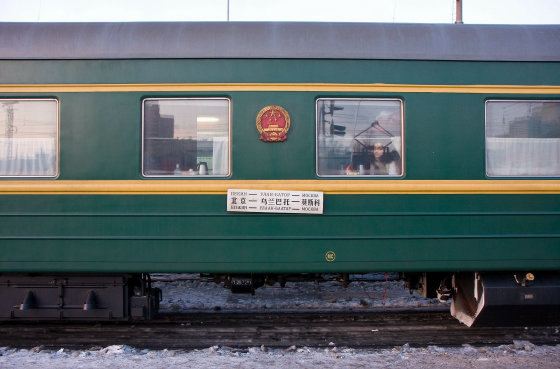 And the last journey of the Eurasian continent begins from Beijing. From Beijing Station, take the subway to Nanning and get on the train to Hanoi, Vietnam. It takes about 4 hours from Nanning to Hanoi, and after waiting for 11 hours in Hanoi, it takes 33 hours and 1726 km to Ho Chi Minh which is the end point. The cost of crossing Vietnam is quite low, and it will be between $50 (about 5300 yen) and $78 (about 8300 yen).