A mistake occurred when the bank mistakenly remitted more than 90 billion yen, several tens of billion yen was not returned and developed into a lawsuit 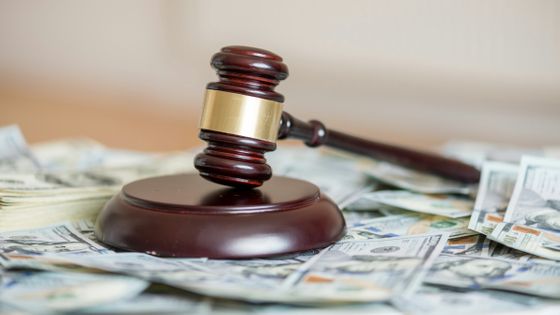 receive a refund of more than 15 million yen more than the original amount. Citibank , an American financial institution, mistakenly transferred a total amount of 900 million dollars (about 95 billion yen) in the loan repayment business, and the parent company Citigroup litigates against companies that do not respond I woke up. On August 11, 2020, Citibank made a total of $900 million (about ¥95 billion) in repayments to 40 lenders. However, this remittance was an inadvertent mistake on the part of Citibank, and originally it was planned to pay a smaller amount of unpaid interest. Citibank, after discovering that he had made a misdelivery, asked for a refund of the misdelivery between August 12th and 13th. Citigroup, Citibank's parent company, filed a complaint in the United States District Court for the Southern District of New York on August 17, suing Brigate Capital Management for a refund of the misdelivery. A Citigroup spokeswoman commented, 'We immediately spot a payment error and take appropriate steps to recover the money.'

Meanwhile, Brigate Capital Management pointed out that Citibank had not asked for a refund until the day after the remittance, and the amount remitted was 'accurate to the total principal and interest.' Insistence. He argued that a series of remittances to a total of 40 companies would have required a lot of approval, which would be unlikely to be a 'business error'. In addition, the court received a complaint from Citigroup and ordered Brigate Capital Management not to refund or withdraw the problematic money until it appeared in the court on August 31st.

Citibank has stated that the behavior of Brigate Capital Management is 'unfriendly' and is seeking reimbursement of false transfers and damages due to fraudulent activity. 'Any result other than return will threaten the outcome of the banking system and reward a malicious person trying to exploit operational mistakes,' Citibank asserts in its complaint.

While many people spend their time at home due to the new coronavirus pandemic, Revlon and other cosmetics manufacturers are in a difficult situation. Lebron's stock, which recorded $27 per share (about 2800 yen) in October 2019, fell to about $7 to $8 (about 740 to 840 yen) at the time of writing the article. Citibank also pointed out: 'Levulon and other poor retailers and consumer product manufacturers are in the process of addressing the significant economic consequences of an ongoing pandemic, and they have seen significant loan There is no prepayment.' 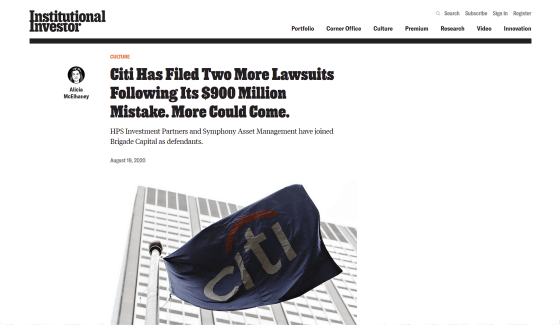