As a new collaboration product of Lawson and

Ebiso Soba , ' Ebiso Soba Ibuki Soupless Concentrated Ebi Miso Maze Soba ' was launched on July 21, 2020 (Tuesday). As a collaboration product of Lawson and Ebiso Soba, in 2015, flat-shaped cup noodles and vertical cup noodles were released in 2017, respectively.Ebiso soba was released, but this time it is Ebi Miso Maze soba. .. Just put it in first. Add 440 ml of water as a guide and wait for 5 minutes, then discard the water. 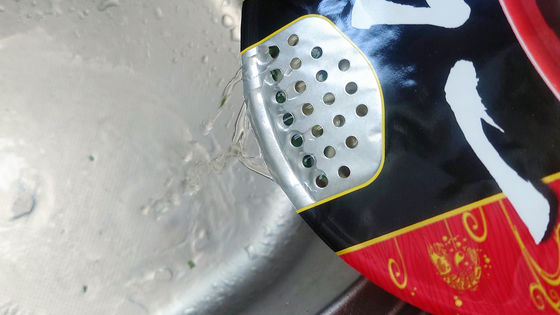 After mixing well, sprinkle the fried prawns and sprinkle with the shrimp powder to complete. There is a strong scent of shrimp when the sauce is applied, but when you eat it, the scent and flavor of the shrimp pass through not only the mouth but also the nose, and the taste and smell are controlled by shrimp. If you like shrimp, you can be satisfied with it.