Why do police tend to tolerate cheating by colleagues? 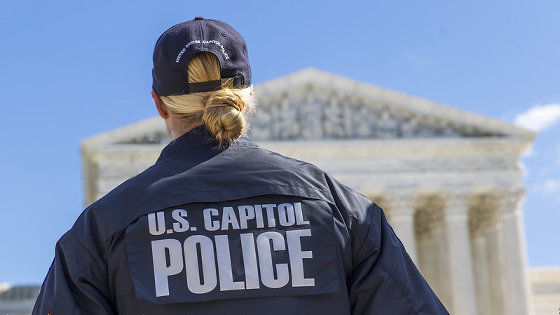 Regarding the death of Mr. George Floyd, who was killed by improper detention by the police, three police officers have been dismissed in addition to the white policeman Derek Shovan who pressed his neck with his knees. Although such police fraud has been around for decades, the police tend to hide the fraudulent behavior of their colleagues, and many do not reveal it. On the other hand, Dwight Stirling, a lawyer who has experience in military service, explains that there is no such tendency in the army that has the task of 'preserving the peace of the same citizen', and explains the organizational culture behind it.

Why the US military usually punishes misconduct but police often close ranks
https://theconversation.com/why-the-us-military-usually-punishes-misconduct-but-police-often-close-ranks-127898

On the other hand, the American military has a different character. Shields Special Forces Edward Gallagher was accused of several war crimes, including the killing of prisoner-of-war prisoners and an attempted murder of Iraqi civilians, but his colleague charged him.

Stirling points out that two groups of people who stand to protect their citizens with their own lives on a daily basis have very different properties because of differences in their vocational culture. The US military emphasizes organizational loyalty rather than personal loyalty and is taught to do 'organized good deeds' rather than 'personal good deeds'. The pride of the Marines is 'to be part of a respected organization' and their personal relationships with other members are secondary, says Stirling. Also, under US military law, a person who commits a criminal offense is unavoidable, even if ordered by his boss. Because of this, the law, not the boss, will judge you, not all of your bosses. Of course, not all soldiers are in compliance with the law, and there are some cruel cases by soldiers, such as the Sungmi village massacre and the prisoner of war abuse in Abu Grave prison . However, on the whole, 'organizational thinking' in the military is a deterrent to 'silent blue walls' like police.

The existence of a 'silent blue wall' in police was already reported in the 1960s. Detective Frank Serpiko accused fraud by witnessing a colleague committing violence against a suspect for fun while working in New York police. As a result, I was shot by a colleague's police officer. The nature of such police has been inherited even today, and in 2011, police officer Joe Crystal accused a colleague of violence against a suspect, and even after resigning, defeat, threatening, harassing I am receiving.

On the other hand, according to a 2014 study , many police officers felt reluctant to accuse their peers because they think that 'no one except police recognizes police as a dangerous occupation.' It is shown that Police officers are also frustrated by the judiciary of public institutions and the general public who do not endanger their lives, and are therefore believed to be prone to concealing fraudulent activity if they find it .. The military is also very wary of political interference with the military, which tends to take internal justice seriously, Stirling said. However, Gallagher, accused of war crimes, was once convicted and relegated, but President Trump canceled the disposition. In addition, President Trump has stripped the military insignia of the public prosecutor who handled Gallagher.

Stirling suggests the danger of a 'silent camouflage wall' in the army after the Gallagher incident, as political interference with the army increases and the position of military personnel as 'independent agents' is jeopardized ..