Why is 'quantum dot' attracting attention in an attempt to accelerate crop growth? In recent years, due to changes in the global environment and population growth, more efficient agricultural methods have been sought, and conversion from fields to

vertical agriculture , which is carried out at 'plant factories', is also progressing. Meanwhile, semiconductor quantum crystals, which are semiconductor crystals in a special state, are drawing attention as being useful in accelerating the growth of crops.

Quantum dots, in which excitons contained in materials such as semiconductors are confined in all directions in three-dimensional space, have special electrical characteristics, and are expected to be applied to quantum dot lasers , quantum computers, etc. .. Among them, colloidal quantum dots that can be dispersed in organic solvents are used in the latest technology to improve the color of displays.

Quantum dots, on the other hand, allow the absorbed light to be converted into a specific color and transmitted by 'tuning' rather than blocking the wavelength of light. Taking advantage of this property, by placing a filter using quantum dots between the white LED and the display, a liquid crystal display using quantum dots can reduce light waste as much as possible and reproduce beautiful colors. In recent years, the movement of utilizing the technology of converting the wavelength of light using these quantum dots has been promoted to be useful for plant cultivation. 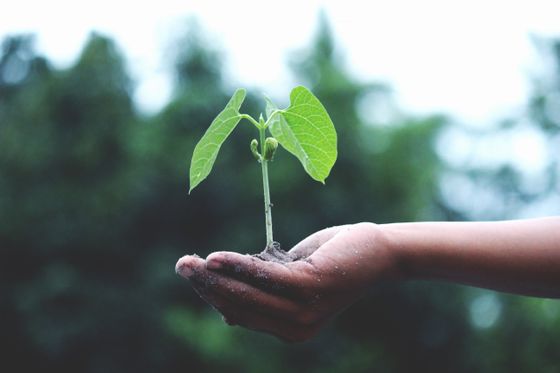 Plant utilizes the light of the sun

In recent years, research on the wavelength of light required for plant growth has progressed, and recent research has also shown that the light required by a specific plant has a narrower wavelength. For example, magenta light is most suitable for tomato cultivation, roses are whitish light, and peppers are well known as yellowish light.

In response to these recent research results, attention is focused on 'a mechanism that delivers the optimal light for crop growth by adjusting the wavelength with quantum dots instead of blocking other than visible light of a specific wavelength with a filter'. It became like this. In fact, a company called UbiQD, which develops applications using quantum dot technology, sells products using quantum dots to farmers. cadmium when working at Los Alamos National Laboratory , and commercialize this technology Did. 'We have found some possible applications, and agriculture has risen to the top, and the demand for products can be enormous,' said McDaniel.

At the beginning, UbiQD seems to have been selling to farmers “technology that uses quantum dots to efficiently collect sunlight in solar cells”, but eventually, using quantum dots, wavelengths suitable for cultivation of crops will be used. It is said that they have begun studying ways to deliver light. As a result, it became clear that crop yields could be increased by using quantum dots to adjust the wavelength of light, so we set out to manufacture a film that 'is installed inside the glass of a greenhouse to adjust the wavelength of light.' It was

UbiQD developed a film that adjusts the wavelength of light to 600 nanometers to deliver orange light, tested for its effect in a project funded by NASA , and increased the yield of crops such as lettuce and tomato. It has been confirmed. UbiQD already sells the film to farmers in the US, Europe and Asia, and announced in May 2020 that it has partnered with quantum dot manufacturer Nanosys .

At the time of writing the article, UbiQD is only mass-producing films that deliver orange light, but McDaniel commented, 'We are looking for various recipes.' UbiQD, which has received a grant from NASA, is developing a 'film that converts harmful ultraviolet rays into another wavelength useful for plant growth' in order to solve the problem of ultraviolet rays that stands for plant cultivation in outer space It is said that there is. 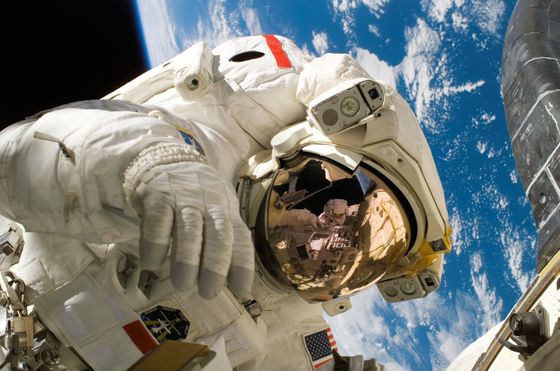