Was the giant reptile / mammal that once lived on the ground destroyed by humans? 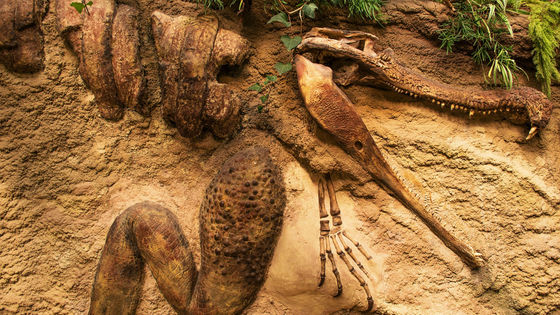 Once upon a time, the earth was inhabited by a large number of animal species, Megafauna, which are larger than humans. However, such Megafauna the

Quaternary Cenozoic celebrated the mass extinction of mystery, some, such as Asian elephants are the existing elephant eye , such as the Indian Rhinoceros horse eyes are limited to such. Regarding such mass extinction, an Australian research team announced that 'human beings and megafauna have coexisted' based on the results of 10 years of research. It sheds new light on the series of discussions about extinction.

Humans coexisted with three-tonne marsupials and lizards as long as cars in ancient Australia
https://theconversation.com/humans-coexisted-with-three-tonne-marsupials-and-lizards-as-long-as-cars-in-ancient-australia-138534

After the extinction of dinosaurs, some terrestrial mammals became huge during the evolution process, and many giant creatures called 'megafauna' lived on the ground, including the giant reptiles that existed originally. A research team led by Mr. Scott Hocknull of Australia conducted a survey at four archaeological sites around South Walker Creek , Australia. We excavated 13 fossils of megafauna that were inhabited from approximately 60,000 to 40,000 years ago, which is presumed to have lived in Australia.

The excavated megafauna fossils are from giant reptiles that reigned as top predators, and giant mammals that were their prey. Giant reptiles are

Pallim narchus and megalania , and the image diagram created by the research team looks like this.

Tiracholeo , Diprotodon , 5 kangaroo species, 1 emu. The image is below.

These megafauna are known to have extinct for some reason. Therefore, paleontologists have been debating to find out the cause of mass extinction.

overwhelming theory of the cause of mass extinction is ' overfishing by humanity .' This theory was because humans settled in Australia at the same time as mass extinction.

However, the results of this survey revealed that megafauna survived about 60,000 to 40,000 years ago when humans lived in Australia. Therefore, the research team claims that there is no evidence to support the overfishing theory by humans. According to Hocknull, vertebrate fossils found in eastern Australia suggest that climate change could have caused mass extinctions 280,000 years ago. Therefore, the research team commented that the increase in floods, droughts, and forest fires caused by the current environmental problems such as global warming may cause new mass extinction. Based on the hypothesis that the species at the top of the food chain have become extinct due to environmental changes, he warns that 'we should turn our attention to environmental issues.'