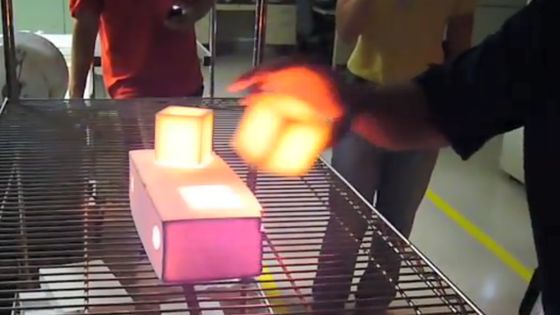 space shuttle of a manned spacecraft operated by the United States Aeronautics and Space Administration (NASA) from 1981 to 2011 carried an astronaut back and forth between the earth and outer space, sending various supplies and conducting experiments . The heat-resistant tiles used in such a space shuttle are required to have extremely high performance, and even when heated at an ultra-high temperature of 1200 degrees or more, they have thermal insulation properties that humans can touch with bare hands.

The Space Shuttle was originally developed with the concept of 'manned spacecraft that can be reused repeatedly'. Therefore, it was required that the main body, excluding the disposable external fuel tank, be used again after returning from space.

Once the space shuttle reaches space, it must withstand reentry into the Earth's thicker atmosphere from space close to vacuum. The heat when the Space Shuttle re-enters the atmosphere will be over 1600 degrees Celsius, but the aluminum used for the main unit will be softened by about 200 degrees heat, so heat-resistant tiles that protect the main unit from ultra-high temperatures Development was very important in the Space Shuttle project.

Therefore, a heat-resistant tile using silica glass fiber as the material for the heat insulation was developed. Silica made from quartz boasts extremely good thermal insulation properties, so by covering the space shuttle body with heat-resistant tiles, we were able to protect the underlying aluminum from the heat of re-entry into the atmosphere.

In fact, you can see how the space shuttle heat-resistant tiles heated to ultra-high temperatures are touched with bare hands in the following movie. 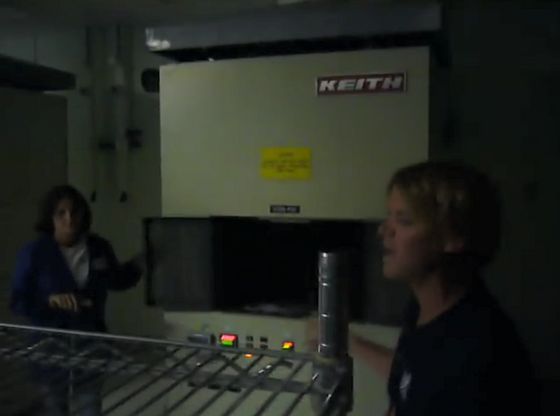 I picked up a gray cube on a shelf. This is the

LI-900, a kind of heat-resistant tile used for the space shuttle. LI-900 is a sponge-like material made of silica glass fiber with a purity of 99.9%, and air occupies 94% of the volume. On the machine behind the man, the LI-900 was heated. It seems that the temperature inside the machine reaches 1204 degrees Celsius, which is comparable to the heat of re-entry into the atmosphere. 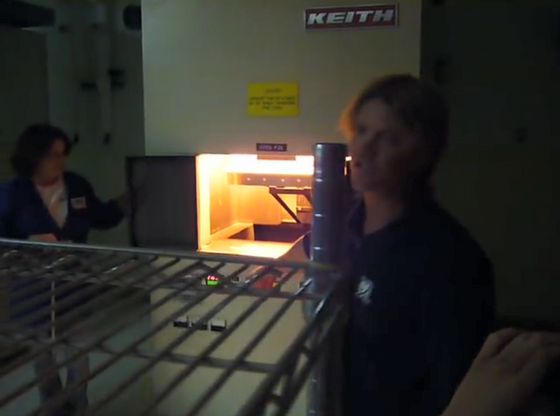 When the assistant woman takes out the LI-900 block from the machine using the tool, ... 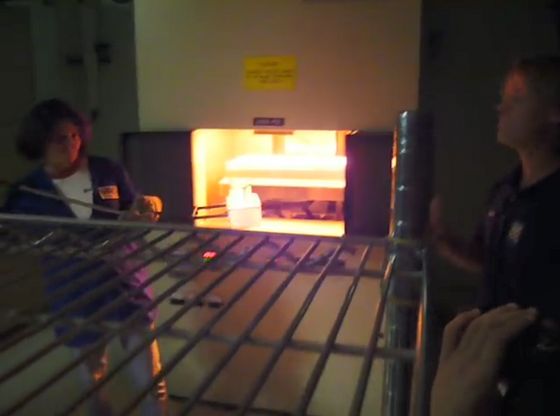 The LI-900 heated at an ultra-high temperature glows orange and looks hot. 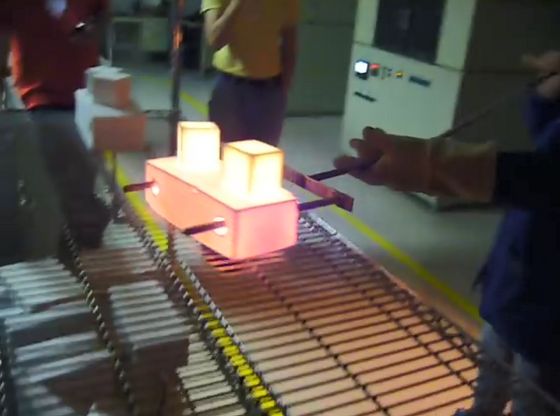 However, the man touches the LI-900 with a raw hand without gloves ... I just lifted it. Raise the heated LI-900 block until it turns orange, and the audience will hear a surprised voice. 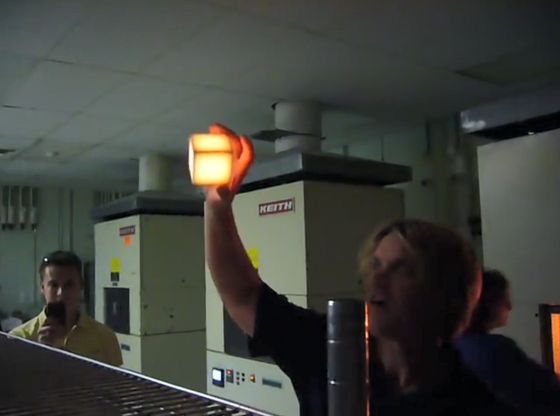 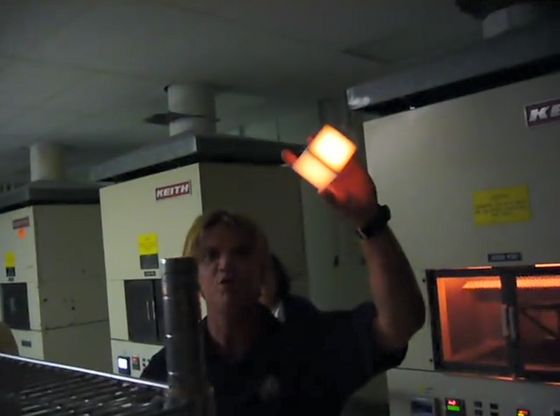 Still, it is definitely hot, and men advise that it is better to have the corners of the block when touching. The spectators, who were advised, were also slowly lifting the LI-900 blocks. 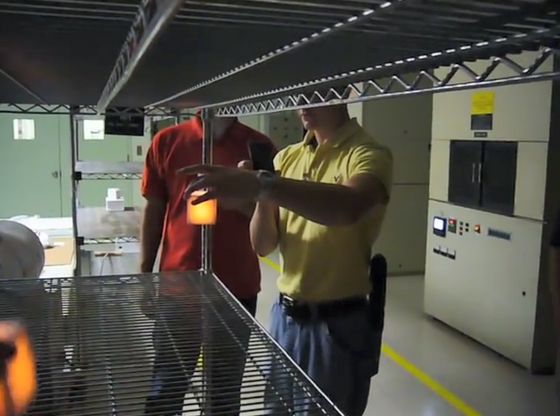