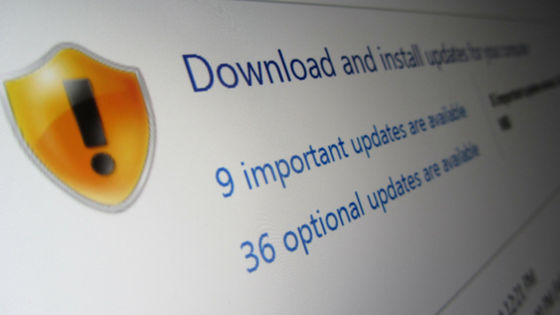 Microsoft has released an emergency update for a vulnerability in the process of handling certain requests in the Server Message Block version 3.1.1 (SMBv3) file sharing protocol.

The details of this vulnerability and how it was discovered are reported below.

Vulnerability of severity `` emergency '' in file sharing protocol of Windows 10, patch is being prepared, but there is a workaround-gigazine It was pointed out that exploiting this vulnerability could infect a large-scale network with a worm virus , which is dangerous. Microsoft said that 'there is no evidence that the flaw is being actively exploited,' but the risk was 'urgent' as 'highly likely to be exploited.'

On March 12, 2020 local time, Microsoft released an emergency update, KB4551762, that addresses the vulnerability. When applying, it is strongly recommended that the latest service stack update program (SSU) be installed on each OS first, but when updating via Windows Update, the latest SSU ( KB4541338 ) is automatically applied Will be Sophos, a cybersecurity company, argued that `` various attack scenarios such as privilege escalation attacks are possible, and in the worst case, an attacker can do anything on a machine. '' The most important fix in this month's patch release. ' 'Please patch it anyway!'