Due to the spread of the new coronavirus around the world, it is reported that not only Wuhan city in China but also people around the world such as Hong Kong , Singapore and Italy are rushing to supermarkets and emptying product shelves. Such actions are called ' panic buying ' and have been accused, but some say that they are 'actually reasonable actions.'

Stocking up to prepare for a crisis isn't 'panic buying'.It's actually a pretty rational choice
https://theconversation.com/stocking-up-to-prepare-for-a-crisis-isnt-panic-buying-its-actually-a-pretty-rational-choice-132437 The buying out of the new coronavirus epidemic is occurring all over the world, and toilet paper is extremely low in Hong Kong. This criminal organization was keeping an eye-

triads of the armed population, that theft of a large amount of toilet paper situation we stay up.

Many experts and experts have accused them of being 'irrational' over such buyouts. 'Even those who are buying toilet paper know that toilet paper does not help fight coronaviruses,' said Sara Houshmand, a psychologist at the College of Psychologists of Ontario in Canada. the looks seemingly harmless, the individual is plunged into a vicious cycle of anxiety and stress, will result in damage to human health ' comment . Singapore's Minister of Information and Communications, Jacob Ibrahim, has also issued a statement stating that 'the hoax of lack of supplies has contributed to meaningless hoarding,' urging citizens to take a calm response.

On the other hand, David Savage, a behavioral economist at the University of Newcastle Business School, and Benno Togler, a professor of economics at the Queensland University of Technology, pointed out the rationale for buying from a different perspective. `` Preparing for long-term isolation is not a result of irrational fears, but a manifestation of our fundamental survival mechanism, '' they said, trying to secure a stockpile of daily necessities. It is a natural response, not a panic. In particular, new coronaviruses usually have a incubation period of 5 to 6 days, up to 14 days, so it is logical to try to buy food and supplies to reduce external contact. Savage and his colleagues claim that it is a thinking process. 'Disasters involve a lot of uncertainty and people tend to overreact, but if you don't know how long the crisis will last, it's hard to buy too much more than too little , A reasonable and natural response to ensuring family survival for future uncertainty. '

Savage also acknowledges that the buyout is triggered by emotion. He states that 'buying has a psychological dimension, but this behavior is like a kind of interim cooperation.' I showed the viewpoint.

Another study, focusing on the differences in behavior between humans and chimpanzees, suggests that 'humanity may have prospered because it imitated others without thinking.' 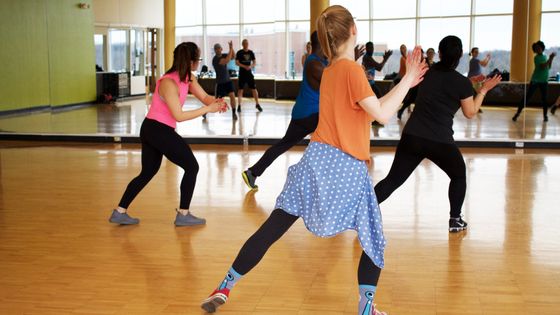 What these two people recommend in preparation for a crisis is 'stock from the usual day'. New Zealand, for example, is encouraged to actively prepare first aid kits, but in Australia, its neighbors, such practices are not very common. However, Australia has been hit by a variety of disasters, including record-breaking fires , in recent years, increasing the need for individual disaster preparedness.

Savage and Togler said, 'I don't need to go shopping for a bunch of canned beans right now, but I should have a survival kit ready in case of an emergency. Supermarket shelves will not be emptied if you buy the necessary items slowly in an emergency, 'he emphasized the importance of stockpiling.

In addition, information such as what should be stockpiled in preparation for a disaster can be checked from the following. 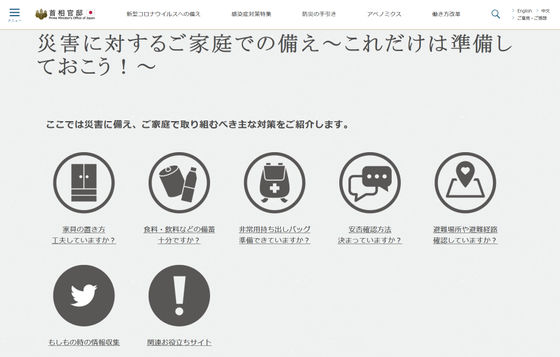