In general, it is often assumed that food pollution by harmful substances such as

heavy metals has increased as human industries have developed. However, as a result of analyzing the fish and seal bones left at the Neolithic garbage dump found in northern Norway, `` Neolithic people also ate animals contaminated with lead and cadmium '' It turned out. at the University of Tromso and Stockholm look at prehistoric garbage dumps found at Sel-Valanger in northern Norway to find out how much heavy food the ancient people ate. did.

Because humans cannot digest all food, parts of animals and fish bones and shells are discarded as waste. Traces of prehistoric people dumping garbage in one place may remain until the 21st century, especially garbage dumps left in areas that eat shellfish are also called shell mounds .

The research team collected bones from Atlantic cod and harp seals from a Neolithic garbage dump in Norway 6,300 to 3,800 years ago. The bone was carefully washed and crushed to a fine bone meal, extracting stable isotopes and collagen needed for elemental analysis. Analysis of the collected samples revealed that the content of heavy metals such as lead and cadmium was surprisingly high. According to the research team, the amount of lead contained in Atlantic cod exceeds the standard value of lead recommended by the European Food Safety Authority by 3 to 4 times and up to 22 times on average. However, the content was 3-4 times higher than the standard value, up to 15 times the maximum.

The research team also reported that the mercury content of both Atlantic cod and harp seals was within standards, but still significantly higher than modern foods.

Lead and cadmium are also found in natural soil, and lead accumulates in the human body and has a negative effect on the brain and nervous system.Cadmium also causes liver and kidney diseases, cancer, and osteoporosis. Related. Mercury can also cause serious nervous and immune problems, both of which are dangerous to humans. 'The seafood eaten by Neolithic people living in Sel-Valanger was unhealthy or dangerous,' the researchers said. 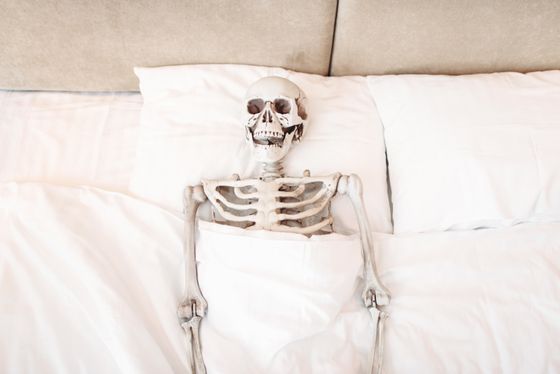 Regarding the question why the seafood contained so many heavy metals, the research team said that the last ice age (

final glacial ) ended about 11,700 years ago and it became a Holocene , and a large climate change occurred Pointed out that this may be the cause. When comparing the age of Atlantic cod with the numerical value of sea level rise, it seems that the amount of heavy metals contained in Atlantic cod increased as the sea level rose.

'Rising sea levels may be harmful to humans.' 'This study, which measures the toxicity of old-age foods, could lead to future fish and shellfish contamination due to climate change.' , The research team insisted.