A huge 'ghost ship' without crew drifts over in Ireland 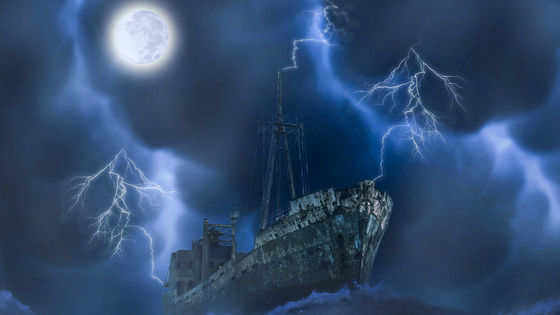 A giant 'ghost ship' of over 77 meters and

gross tonnage of over 2,200 tons, drifting over the Atlantic Ocean for over a year without a crew, has landed on the southwestern coast of Ireland.

Rescue 117 was tasked earlier today to a vessel aground near Ballycotton, Cork.There was nobody on board.Previous the @USCG had rescued the 10 crew members from the vessel back in September 2018.The vessel has been drifting since and today came ashore on Cork Coastline The. Pic.Twitter.Com/NbvlZ89KSY

'Ghost ship': Why did this vessel wash up in Ireland without any crew aboard? | Euronews
https://www.euronews.com/2020/02/18/ghost-ship-why-did-this-vessel-wash-up-in-ireland-without-any-crew-aboard

Barry MacDonald of the Royal Lifeboats Association discovered on February 16, 2020, a giant vessel was stranded on the shores of Cork County in southwestern Ireland. Mr. Barry immediately reported to the Irish Coast Guard and an investigation revealed that the vessel in question was 'MV Alta' and had been floating over the Atlantic Ocean for over a year.

This is how the MV Alta was actually drifting ashore on the coast of Cork County. Compared to the surrounding scenery, you can see that the MV Alta is a fairly large vessel. According to the information of MV Alta stored in VesselFinder , a network service that publishes real-time position information of ships using automatic ship identification system (AIS) signal receiver and satellite network, MV Alta is full length At 77 meters, with a gross tonnage of 2295 tons, the ship was called TANANGER when it was built in 1976. TANANGER was renamed each time its shipping company changed, and its owner, Alta Sg LLC, Tanzania in 2017, was named MV Alta.

The last voyage recorded by the MV Alta was the voyage from Greece to Haiti in September 2018. During the voyage, equipment trouble occurred, and the main engine and power of the MV Alta shut down. The MV Alta and 10 crew members were left behind on the Atlantic Ocean.

This drift continued for 20 days, but on October 7, 2018, a U.S. Coast Guard patrol boat discovered the MV Alta about 1380 miles (about 2200 km) southeast of Bermuda, and all crew members Was rescued. The stockpile on the MV Alta had only two days of food and 15 days of drinking water, but the crew had no physical condition.

US Coast Guard rescues 10 crewmembers from disabled cargo ship in the middle of the Atlantic-VesselFinder
https://www.vesselfinder.com/news/13563-US-Coast-Guard-rescues-10-crewmembers-from-disabled-cargo-ship-in-the-middle-of-the-Atlantic During the rescue operation, the U.S. Coast Guard was to sail the MV Alta to the shore, but without the agreement of Alta Sg LLC, the MV Alta was left out of service in the Atlantic Ocean. Then, the MV Alta continued to float on the sea as the waves went.

The Royal Navy icebreaker HMS Protector also reported that the MV Alta was discovered in September 2019. A tweet at the time of the discovery stated, “I found a clearly abandoned merchant ship on the Atlantic Ocean. I approached the ship and contacted her for help, but no response. It was a strange event, but further investigation was needed to find out more. Required. '

Two days ago @hmsprotector discovered this apparently abandoned Merchant Vessel whilst mid-Atlantic.We closed the vessel to make contact and offer our assistance, but no one replied! Whilst investigations continue we're unable to give you more detail on this strange event. ???????????????? pic.twitter.com/x29sB5IF06

According to Euro News, the MV Alta is believed to have landed on Ireland by a storm ' Dennis ' that hit the UK in February 2020, following a path north of the coast of Africa and Spain.

On February 17, 2020, the day after the drift was discovered, the Cork County Council held an emergency meeting on oil spills from ships. 'As a result of a simple survey conducted by environmental scientists, there is no evidence of pollutants flowing out into the sea area around the spill site.' Cork County Council will work with the Irish Coast Guard to investigate pollution risks and shipwrecks before deciding what to do next, urging citizens to stay away from the area because of the location hazards. Was.