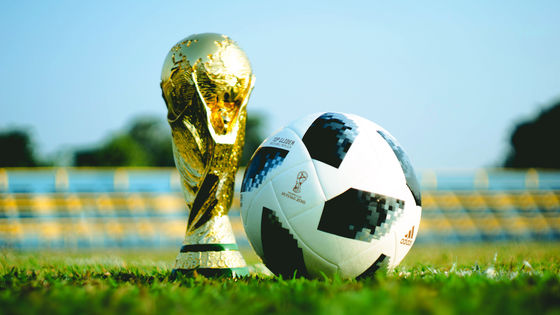 The International Football Federation (FIFA), an international federation of soccer players, has experimentally adopted artificial intelligence (AI) for the

VAR (video assistant referee), which is used to support referee decisions during football matches. It is reported that you are doing.

Because soccer is a sport in which dozens of people chase a small ball on a wide field, it is sometimes difficult for a referee to make a detailed judgment. In the past, FIFA stated that 'human decisions are made by humans,' and denied mechanical decisions to hinder the flow of the game.

However, from around 2016, FIFA considered introducing a VAR system. The 2018 FIFA World Cup, held in Russia in 2018, introduced the first VAR system video decision in the World Cup history. The VAR system has also been introduced in games hosted by soccer federations in each country, and it has been announced that VAR will be officially introduced in Japan in the 2020 season.

How effective is the “VAR” newly introduced in the World Cup? -GIGAZINE 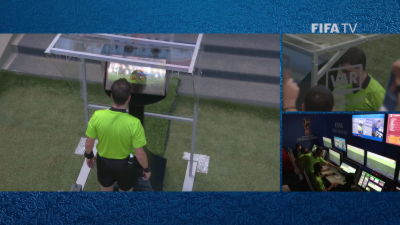 The VAR system is particularly useful for offside judgment. On the offside, video decisions are made by the VAR system separately from the referee in the field to determine the line where the attacking player is. However, in the conventional VAR system, the line indicating whether or not the player is in the offside position is manually written, so there is absolutely controversy in the really delicate case of milliseconds.

VAR is also a big success this year.
The offside in the United States is a PK by VAR judgment.

The second round in the United States is with France, who won the group stage in the next round.
FIFA U-20 World Cup Knockout Stage Round 1 France vs. USA
6/4 midnight 0: 15- commentary: #Hideki Kasuya live commentary #Akihiro Nomura https://t.co/LYL0sPo6Mg…… # U20WC pic.twitter.com/gUUuoRaV2v

According to Forbes , FIFA is paying attention to a system that combines AI with a VAR system and performs semi-automatic offside judgment. The VAR system tracks a player's limbs captured by the camera at 15 to 20 points and can determine which foot is closest to the goal line. The AI then detects the moment the ball is being played and AI creates the offside line at the correct location on the video.

FIFA has experimentally adopted the VAR FIFA system using AI in games already played in Qatar. According to Johann Holzmueller, FIFA's director of football technology and innovation, the results were 'very promising,' as well as reducing the time required to check compared to traditional VAR systems. , Said that the accuracy would be higher. Holtzmüller said FIFA plans to train in `` AI as accurate as possible, as quickly as possible, and as automatically as possible '' by repeating testing in the match in the first half of 2020. The more you trust in technology, the more you need to make sure that it is enough for your purpose: AI, like our normal life, It's clearly one of the technologies that has an impact. '