In the 2020 Global Risk Report published by the World Economic Forum , an international organization working to improve global affairs, the `` serious threat posed by climate change '' is a long-term It was pointed out that the risk was high.

The World Economic Forum economy, politics, academia, is an organization which has the objective of leaders in other social work on improvement of world affairs and cooperation, Swiss Davos will be held in January every year in the 'Davos' The annual meeting is well known. The 2020 Davos Conference will take place from January 21-24, with nearly 3,000 representatives from various fields, including President Trump in the United States and Merkel in Germany.

Prior to the 2020 Davos meeting, the World Economic Forum published its annual report, the Global Risks Report, on January 15. We published a survey that asked more than 750 experts and decision makers around the world about the short-term risks expected to increase in 2020. The survey found that 78% said that 'economic conflict' and 'polarization of domestic politics' would increase. The World Economic Forum is also investigating long-term risks that are likely to arise over the next decade. Summarizing the responses, the top five projected risks were all related to environmental issues. These are the top five risks for the next 10 years, predicted by leaders and experts in various fields.

・ 1: Loss of property, infrastructure and human life due to extreme weather
・ 2: Failure of governments and businesses to mitigate and adapt to climate change
・ 3: Man-made environmental pollution or disaster such as oil spill or radioactive contamination
• 4: Massive biodiversity loss and destruction causes irreversible damage to the environment, depleting significant resources for humans and industry
・ 5: Giant natural disasters such as earthquakes, tsunamis, volcanic eruptions, and magnetic storms

'This is a new result we didn't see last year,' said Mirek Dusek, vice chair of the Center for Geopolitics and Regional Affairs at the World Economic Forum. It is the first time that environmental problems have been regarded as dangerous so far since the start of the investigation, and it is said that environmental problems are now more threatening than conflict and weapons of mass destruction.

According to Thomson, this change is a result of the difficulties in stopping global climate change and the potential negative effects of climate change, despite governments and businesses working to stop it. A Reuters Foundation news release states: John Drzik, Head of Global Risk and Digital at Marsh and McLennan , a leading U.S. insurance group, cited the wildfires in Australia, Amazon, and California, and the floods and droughts around the world, 'All indicators show that things are getting worse,' he said. Dr Zik said that while environmental protection has increased pressure on governments and businesses, barriers such as political polarization and closed domestic conditions have made it more difficult to tackle climate change.

In addition, businesses are facing more than just the direct negative consequences of extreme weather. Drzik argues that indirect risks, such as increased regulation due to increased environmental protection and lawsuits by consumers and environmental groups, are also threatening.

'The cost of taking no action is far greater than the cost of taking action,' said Norwegian politician Børge Brende, chair of the World Economic Forum. `` The slower we tackle climate change, the more painful the transition will be, '' said Peter Giger, chief risk officer for Zurich Insurance , and countries and businesses around the world are quickly turning to the environment. He said protection should be addressed. 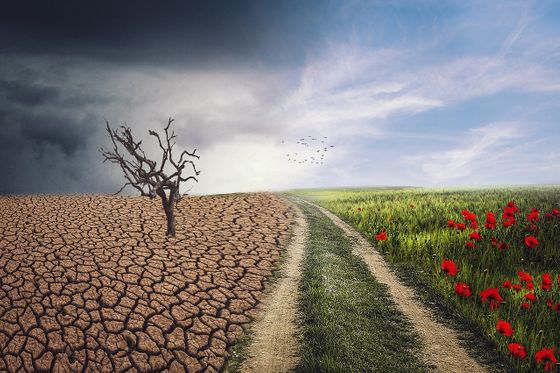