In the 2020 Tokyo Olympics, poses with political implications such as `` kneeling '' and `` raising the fist '' are prohibited 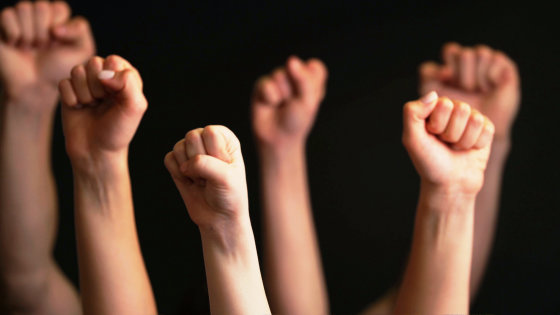 Political protests in the sporting world, including the 2016 National Football League (NFL) star athlete who refused to sang the national anthem and kneeled for public protest

and criticism in 2016 Behavior is often seen. The International Olympic Committee (IOC) has issued new guidelines to ban such protests at the 2020 Tokyo Olympics. According to the IOC, these guidelines have been established to ensure that athletes from around the world participate in the competition without disruption or confusion. Gestures with political implications here are specifically as follows.

Notable gestures with political implications include the actions performed by African American athletes Tommy Smith and John Carlos on the podium at the 1968 Mexico City Olympics. Instead of wearing shoes, they climbed on the podium with black socks to symbolize the poverty of the black people, drooping their knuckles and pushing their fists up. The IOC's guidelines prohibit such activities at stadiums, Olympic Villages, awards ceremonies, opening and closing ceremonies, and allow athletes to express their opinions during interviews and conferences. Any violation of these guidelines will be assessed by the National Olympic Committee, the International Federation and the IOC, but there are no specific penalties. It is determined on a 'case-by-case' basis.

At the awards ceremony for the 2019 Pan American Games in Lima, the capital city of Peru, at the awards ceremony, Fencing Men's Fleur race Inboden and athletics girl hammer thrower Gwen Berry raised their knees and raised fists. He protested against President Trump and was sentenced to 12 months in custody . Also, in 2016 it was news that Faisa Lireza scored a pose with crossed arms, which means that she could be handcuffed, in protest against political repression in Ethiopia, and sports in various scenes Players are sending a political message.

`` We believe that by giving examples of the best athletes in the world competing while living in harmony in the Olympic Village at the same time, we can send a positive message to a divided world, '' the IOC said in announcing the guidelines. At both the personal and global levels, we believe it is important to make the Olympic Village and the podium a neutral place free of political, religious and ethical demonstrations. ' You.