Bees turned out to be able to surf the water 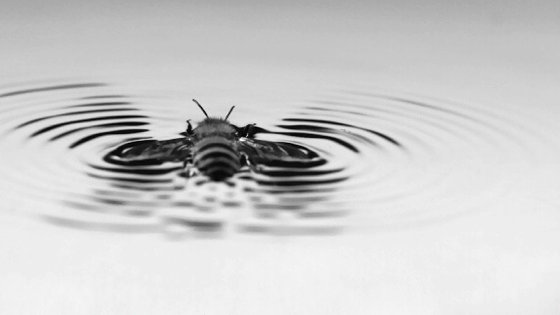 New research has shown that bees can surf even when they fall to the surface. No other insect that can move like this has been reported, and it is a unique ability of bees.

Honeybees use their wings for water surface locomotion | PNAS

This discovery was born when Mr. Lowe saw a bee that landed on a pond. Mr. Rho said he saw a wave created by moving the wings and pushing the bees forward.

Law then recreated the situation he saw with the research team in the lab. Experiments were conducted by simultaneously landing 33 bees, and it was confirmed that the waves produced by the bee wings were symmetrical about the bees. In addition, it has been confirmed that a large wave cannot be generated in front of the bees, and a wave having a particularly strong and large amplitude is generated behind the bees. The asymmetry of the wave that “cannot make a big wave in the front, but a big wave in the back” pushes the bees forward. Researchers have shown that the driving force of bees on the water is about 1/20 million Newton.

You can see how the bees actually swim on the surface.

Bees Surf Their Own Waves-YouTube 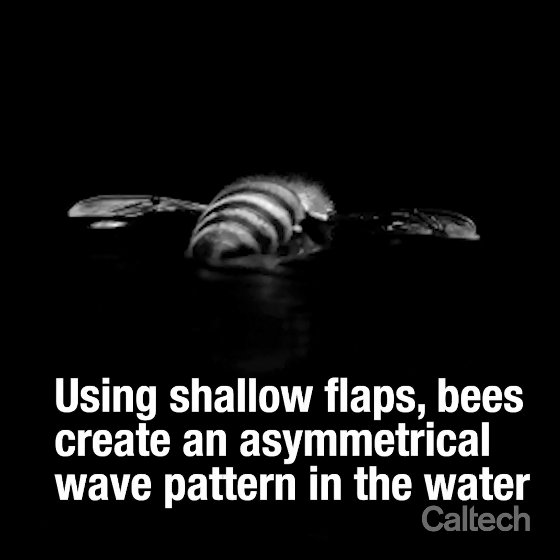 According to the researchers, when the bees move on the surface of the water, the movement of the wings is slower than flying in the air. In addition, the upper surface of the wing remains dry, but the lower surface is always in contact with water, increasing the power to move forward. “Water is heavier than air, so it catches bees, but this weight also helps propulsion,” said Law. However, because water places a burden on bee wings rather than air, bees can swim for about 10 minutes.

Mr. Loh et al. Said the research results will be applied to robot research and will be used to develop small robots that can move on the water surface.