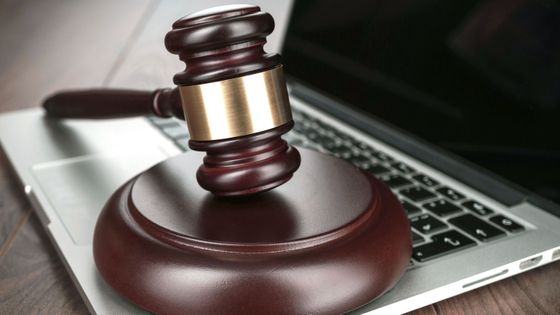 A patent troll is a company or person who has patents with abstract and ambiguous content, and raises money by inducing lawsuits against other companies for 'infringing on their patents.' Cloudflare, who successfully rejected such patent troll lawsuits, talks about ' not only winning the lawsuit but also crushing the patent troll itself '.

The Project Jengo Saga: How Cloudflare Stood up to a Patent Troll – and Won!
https://blog.cloudflare.com/the-project-jengo-saga-how-cloudflare-stood-up-to-a-patent-troll-and-won/

Cloudflare was accused of Blackbird (PDF file) , one of the most active patent troll rankings in the world. Blackbird finds a very ambiguous and less specific patent entitled “ Providing a Third Party Data Channel on the Internet ” and gives the rights owner a “nice and valuable” in addition to $ 1 We will pay a concealed detail called “consideration” and acquire the patent right. And in March 2017, Blackbird alleged that Cloudflare infringed the patent.

However, Cloudflare refused to settle with Blackbird. `` Patent trolls like Blackbird have little damage even if the lawsuit is rejected '', not only to win Blackbird, but also to launch a project `` Project Jengo '' that prevents BlackBird from acting as a patent troll It was. 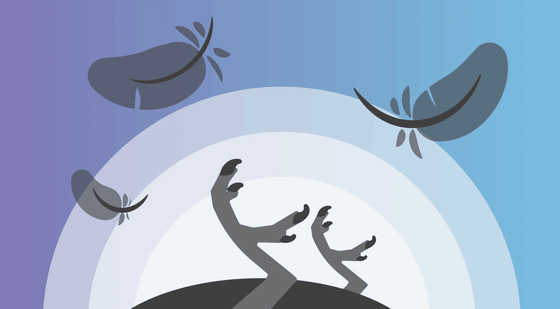 The strategy that forms the basis of Project Jengo is “ Looking for the prior art of patents owned by Blackbird ”. Even if a third party later applies to obtain a patent for technology already in use, the application will be rejected because the validity of the application is denied. Similarly, even if Blackbird holds a patent for litigation purposes, it can claim that the patent is invalid if there is prior art in practical use.

As part of Project Jengo, Cloudflare has launched a bounty system for those who have provided prior art information about Blackbird patents. This bounty totaled $ 50,000 (about 5.4 million yen) at the start, but anonymous donors appeared, and the prize money was increased to $ 100,000 (about 1.8 million yen), double the initial amount. .

According to Cloudflare, 155 people provided information for a total of 49 patents. Cloudflare has released some 'Blackbird patents with prior art' from the information gathered through the bounty system. Looking at published information, Blackbird has

a search system such as a database that allows users to search for publications, a product package with a light source to attract buyers, a sports bra with an integrated storage pouch, etc. You can see that we have a wide variety of patents. And these patents had prior art.

Cloudflare filed a complaint against Blackbird's patent based on the information provided. As a result, Cloudflare points out that since launching Project Jengo, Blackbird's activities have shrunk considerably. Below is a graph showing the number of lawsuits filed by Blackbird published by Cloudflare. The vertical axis shows the number of cases, and the horizontal axis shows the period. The yellow vertical line in the center of the graph shows “Project Jengo begins”. 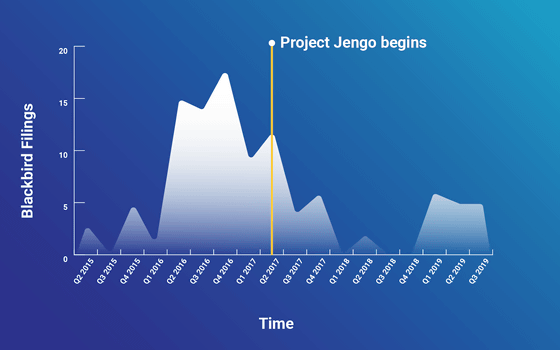 Of course, Cloudflare also used its information to advance its trial. In early 2018, the District Court for the Northern District of California decided that Blackbird's patent was abstract and non-patentable, and dismissed Blackbird. Although Blackbird appealed to the Federal Circuit, the Federal Circuit dismissed the complaint just three days after the complaint. Cloudflare's CEO Matthew Prince tweeted that his Twitter account was celebrating “Blackbird killed”.

According to Cloudflare, the lawsuit ended quickly, but it took over 1500 pages of application and about two years of preparation time to get there. Cloudflare also states that 'the legal expenses have been used up'. Cloudflare distributed the prize money as promised to the people who provided information to compete against Blackbird.