Microsoft revealed that Russian-backed hacker groups have conducted cyber attacks against 16 anti-doping organizations around the world. According to Microsoft, at least some attacks have been successful. The Russian cyber-spy group “Tsar Team”, known as “Fancy Bear”, gained attention in 2016 in an attack on the World Anti-Doping Agency (WADA). At that time, Fancy Bear stealed medical data of athletes related to the Rio Olympics from WADA's anti-doping management system (ADAMS) database and released some data in the public domain. 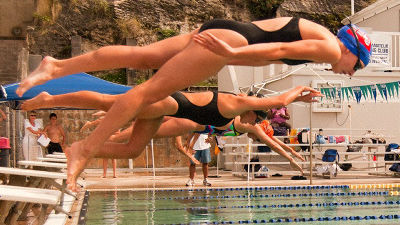 According to what Microsoft revealed on the blog, Fancy Bear once again attacked the Olympics. The attack began on September 16, 2019, just a few days before WADA announced it would begin the process of reviewing the eligibility of the Russian Anti-Doping Agency (RUSADA). Russia had been suspended for about three years as a state-wide doping at the 2014 Sochi Winter Olympics, but this disposition was lifted in September 2018. However, on September 21, 2019, it was found that there was a suspicion that the storage data collected by WADA from the Moscow laboratory was altered prior to submission to WADA. Microsoft does not identify the name of the organization under attack in the blog, but notes that there is a fancy bear behind the attack. Microsoft also identified cyber attacks involving Fancy Bear in July and August .

In addition, from the contents announced by the U.S. National Security Agency in 2018, if Fancy Bear fails the above method, it knows that it will actually approach the target and hack through the hotel's Wi-Fi etc. .

According to Bart, most of the most recent attacks were unsuccessful, but some were successful, and Microsoft reported to targeted customers. In the coming weeks or months, Bartle explains that information stolen by successful attacks could be leaked. It is highly likely that information related to the 2020 Olympics will be released.