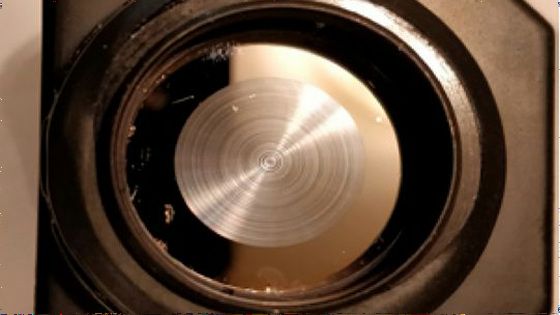 All of the latest smartphones, including the latest

iPhone model “ iPhone 11 ” that appeared on September 20, 2019, have an ultra-high performance camera, but in most cases the camera pops out from the back. Meanwhile, the development team at the University of Utah in the United States has developed an ultra-thin lens that is 1 / 100th the weight and 1 / 1000th the thickness of a conventional smartphone camera lens. This will make it possible to make a much smaller camera than before.

This is the “Multi-level diffractive lens (MDL)” developed by Associate Professor Rajesh Menon, who studies electronics at the University of Utah. The thickness is only 10 micrometers, which is only about 1/20 of human hair. Also, there is no curved surface like a general lens, and both sides are flat. 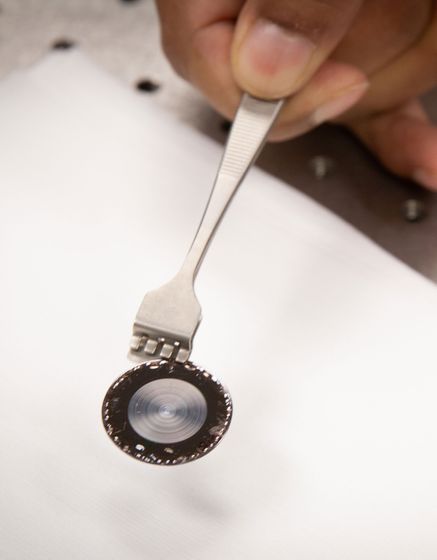 If you enlarge the lens, you will see a concentric pattern.

Ordinary lenses with curved surfaces will be thicker and heavier as the resolution needs to bend at higher angles as resolution increases. On the other hand, the MDL developed by Menon et al. Shows sufficient performance even if it is thin because many fine structures in the lens individually refract light and send it to the sensor. Menon and colleagues have developed a new material resin and an algorithm for calculating fine structure patterns to achieve this.

In fact, not only Menon and other engineering scientists but also Fernando Guevara Vázquez, who is an associate professor at the university's mathematics department, was named as a co-author in this paper that announced the newly developed MDL. It seems that it was developed by collecting the best of engineering and mathematics.

Mr. Menon says about the mechanism of the newly developed MDL, “The microstructure itself is not a lens, but it functions as a lens by combining the microstructure, so the camera using this lens boasts high resolution.” explained. 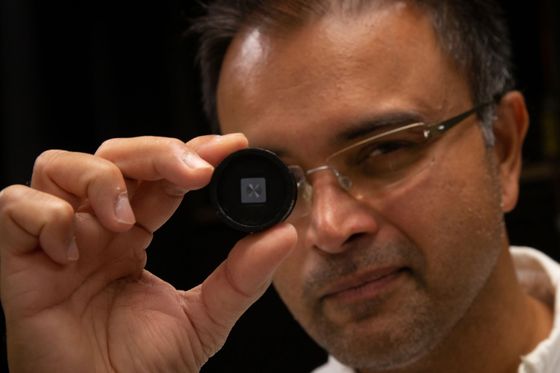 Optical zooming is possible if two MDLs are stacked, and heat can be detected in combination with an infrared camera. 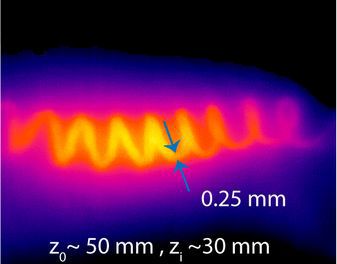 Menon said, “Our lenses use plastic resin, so there is a possibility that they can be mass-produced at low cost. On the other hand, by using a high-refractive index material that does not lose light like silicon, high performance is achieved. 'We can also make it easier,' he stressed, and emphasized the possibility of ultra-thin lenses that can be used in cameras for various purposes.