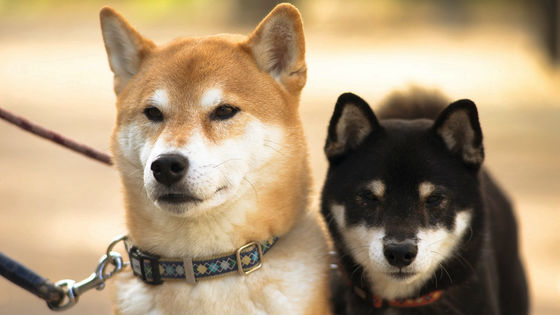 It is said that people have kept dogs for tens of thousands of years, and there are studies that claim that keeping dogs is in the human gene . A study conducted in Sweden that analyzed data from more than 300,000 people reported that “having a dog may reduce the risk of death from heart attacks and strokes ”.

Owning a Dog Lowers Your Risk of Death if You've Had Heart Problems, Study Shows
https://www.sciencealert.com/having-a-dog-makes-you-less-likely-to-die-when-recovering-from-a-stroke-or-heart-attack

“Holding a dog has a positive effect on human health” has been a topic of interest for a long time, and in recent years, research is also underway on the use of dog therapy to reduce contact stress with dogs. 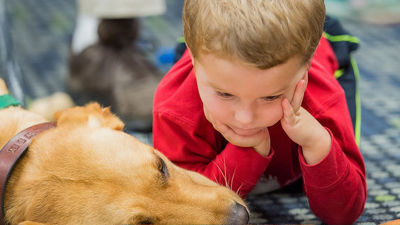 Uppsala University 's research team found that approximately 182,000 patients aged 40 to 85 who had an acute heart attack between 2001 and 2012, and 150,000 patients aged 40 to 85 who had a stroke in the same period Collect the above data. In all two groups, it was found that about 1 in 20 people had dogs, and the team compared the mortality rates of patients with and without dogs. 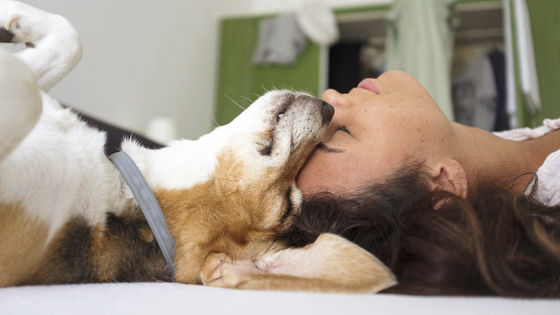 Focusing not only on mortality but also on recurrence rates, it was found that patients with dogs had a 10% lower recurrence rate than patients without dogs. For example, the probability that a person who had a heart attack would have a heart attack again in the next month was about 1%, but when it was narrowed down to the person who kept the dog, it decreased to 0.3% thing.

Although the difference was not so pronounced that “the person who had the dog was absolutely healthier than the person who did not have the dog”, these results indicate that the research team There is a significant link to the decline. ” Tobe Faul, an epidemiologist at Uppsala University, explains how social isolation is a major risk factor for health deterioration and early life, as why dogs reduce heart attack and stroke mortality and recurrence rates. 'Our studies have shown that dog owners have less social isolation and more interaction with others.'

Mr. Fall also pointed out that keeping a dog would have to be taken regularly for walks and playing together, which would be a good motivation for moderate exercise. “Keeping dogs is a factor supporting rehabilitation and mental health. However, from the viewpoint of animal welfare, dogs should be kept by people who can provide a good life and have sufficient knowledge,” Fall said. Mr. said.