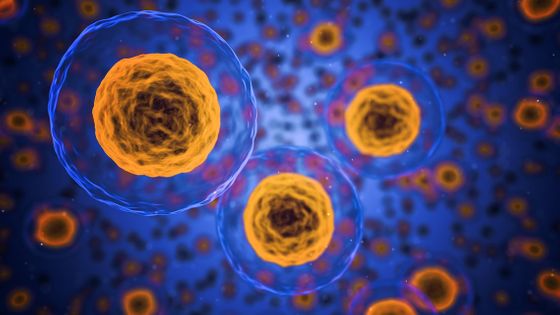 Glucose , which is a representative human energy source, and glutamine , a kind of amino acid, are nutrients that play an important role in human life, but cancer cells also use glucose and glutamine as energy sources. It is. Therefore, paying attention to the process by which cancer cells take up these two nutrients, a new treatment method has been announced that can be expected to have effects on as many as 44 types of cancer.

Starving Cancer by Cutting Off Its Favorite Foods, Glucose and Glutamine | American Council on Science and Health
https://www.acsh.org/news/2019/10/02/starving-cancer-cutting-its-favorite-foods-glucose-and-glutamine-14314

It was the research group of Elena Lecksee, who works at the Max Planck Institute in Germany, that discovered that blocking two nutrients at the same time can effectively suppress the growth of cancer cells.

First, Mr. Lecze paid attention to the fact that cancer cells actively consume glucose, and administered 94 types of cancer cells cultured in the laboratory to a “ glucose transporter inhibitor” called “Glutor”. I observed the state of the cells. As a result, it was confirmed that the growth of 44 types of cancer cells was suppressed. In addition, the healthy cells tested at the same time were not affected.

However, glucose is not the only nutrient needed for cancer cells. A study published in 2016 shows that cancer cells can also grow by metabolism of amino acids such as glutamine. 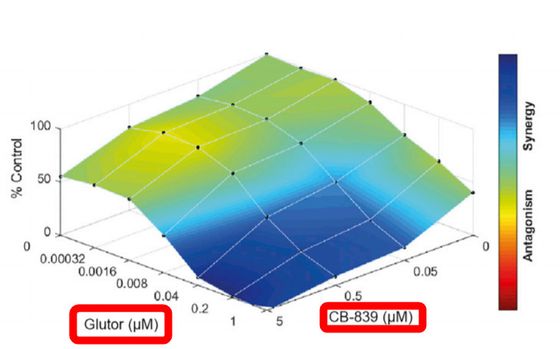 The following image illustrates the mechanism by which Glutor and CB-839 suppress cancer cell growth. First, Glutor, represented by an orange triangle, prevents the two types of glucose transporters, GLUT-1 and GLUT-3, from working and prevents cancer cells from ingesting glucose. Next, CB-839 depletes the energy of cancer cells by deactivating 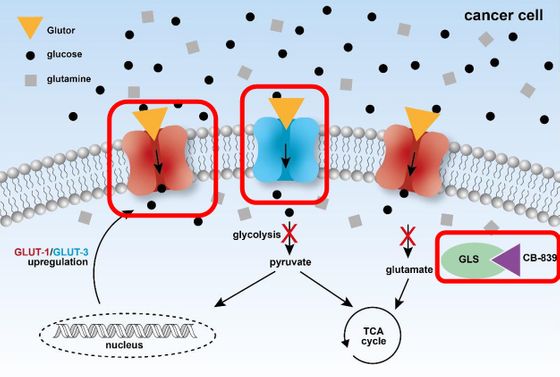 According to the results of this experiment, Lecktze said, “Cancer cells use glutamine as a nutrient source while maintaining growth by changing the glucose metabolism circuit. From this study, Glutor suppresses glucose uptake. `` It was shown that the combination of CB-839, which interferes with glutamine metabolism, can effectively suppress the growth of cancer cells. '' Emphasizing the possibilities.