Is Google's theory that 'If you don't use cookies for targeting ads, your site's revenue will be halved?' 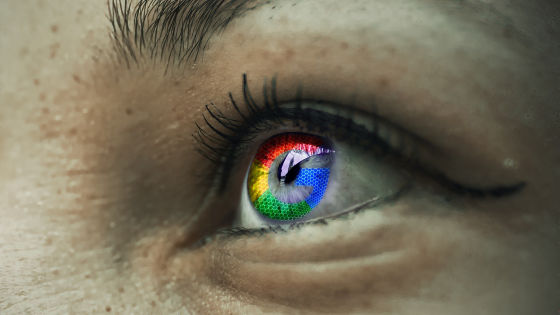 Targeted advertising using third-party cookies is increasingly seen as a problem that tracks user behavior and violates privacy. For this reason, it is recommended that third-party cookies be blocked, and browsers that restrict cookies appear. However, in such a situation, Google announced a research report that 'if you don't use third-party cookies, publisher revenue will be lost as much as 52%.' It reveals the attitude of “increasing transparency while supporting advertising”.

According to a Google survey published on August 27, 2019, a randomized controlled trial was conducted on 500 publishers using Google Ad Manager, and publishers who did not use cookies for targeting ads were programmers. The average revenue from tick ads was found to have lost 52%. We also found that when publishers were limited to the news category, this figure increased to 62%.

The percentage of revenue sources varies by publisher, and the variation can be confirmed in the graph below. The median is down 64%. 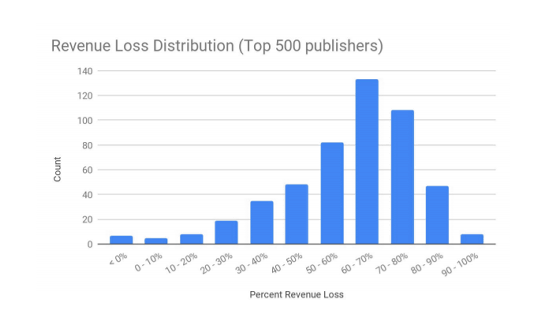 In response, Google published an article on the blog titled “Next Steps to Ensure Transparency, Choice, and Control in Digital Advertising”. Cetna Bindra, senior product manager at Google in the blog said, “Blocking cookies will significantly reduce publisher revenue” “By limiting cookies, another method such as fingerprinting will be used 'This will reduce the user's privacy,' he said. 'We will create a mechanism that allows users to feel 'privacy protected' while supporting access to advertisements.'

Next steps to ensure transparency, choice and control in digital advertising
https://www.blog.google/products/ads/next-steps-transparency-choice-control/ 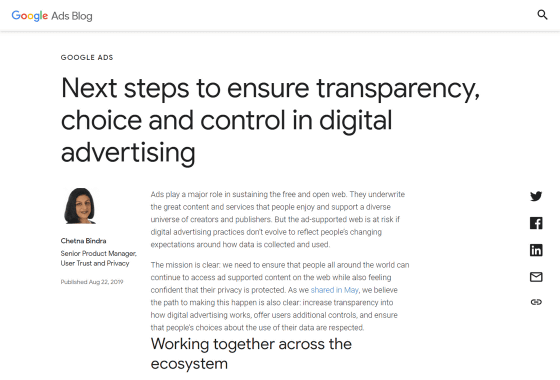 It has been confirmed that browsers that do not use cookies reduce revenue for publishers. In 2017, Apple launched a tracking crack called Intelligent Tracking Prevention (ITP) to counter the tracking tools. Digiday, who interviewed, said many publishers feel the above graphs are consistent with the revenue decline seen with the start of ITP.

On the other hand, there is a view that “graphs and numbers are not correct, and Google uses them as tools to promote their activities”. According to an anonymous source serving as a board member of a publisher, `` When you assume that you have a total of $ 1 billion in advertising revenue, 20% of which was paid in a cookie-free environment, all Even when the cookie is removed, $ 1 billion should be paid equally across all browsers, not as Google says '$ 400 million will be profitable' That's it.

Some of the other publishers agree with the above opinion, “Even if the estimated revenue from Safari cookies declines, it does not simply reduce the publisher ’s financial resources.” The opinion of those who agree is that even if the revenue from Safari decreases, there is still a way to monetize with Google Chrome.

With the enactment of the EU General Data Protection Regulation (GDPR) and California Consumer Privacy Law , browsers such as Apple, Firefox, and Brave are beginning to look for effective targeting advertising methods that do not rely on third-party cookies. Publishers and the media need to create next-generation targeting methods that do not rely on personal information so that browser changes do not inadvertently violate the law. On the other hand, there is no such product that is actually used on a global scale as of September 2019.

Some publishers are concerned that Chrome will block cookies to users, but Google's survey results and published blogs are not intended to follow Apple and continue to use third-party cookies. It shows that there is. However, Google continues a conservative approach to legal compliance and data protection, and it is possible that future changes will add features that are disadvantageous to publishers. One of the publishers says, “We ’re at the mercy of Google, so there ’s no choice but to guess until there ’s an announcement.”