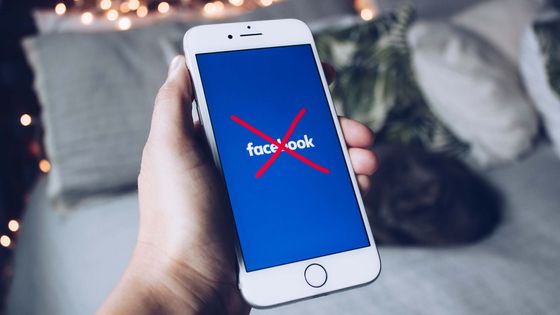 Facebook also found that in April 2019, 'more than 500 million Facebook user information was published on the cloud server in a state where anyone can access it', which is a problem. 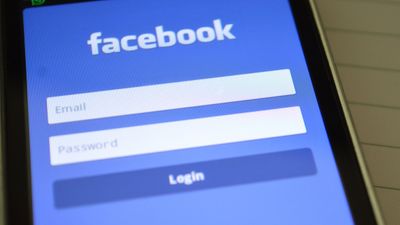 According to Sanyam Jain, a security researcher who provided information to TechCrunch about the matter, the owner of the database could not be determined. In addition, the database is not protected by passwords, and it seems that the contents can be easily browsed. Jain testified that he actually found personal information of several celebrities in the database.

The following image is a screenshot of the database actually confirmed by TechCrunch. Among the phone numbers enclosed in a red frame, “44” is the UK country code, and “7” means a mobile phone. In addition, below the phone number, you can also see the date of birth, gender, address and name. 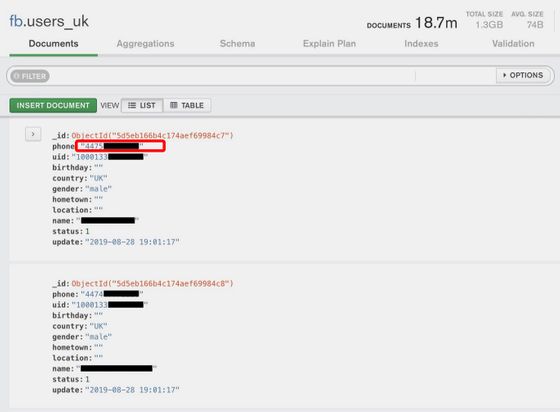 Facebook spokesman Jay Nankalow told TechCrunch: `` Because the dataset is old, it seems to have been acquired before Facebook removed the user search function by phone number in 2018. '' I said.

Facebook has discovered that 87 million personal information leaked in 2018. In response, Facebook's Chief Technology Officer (CTO) Mike Schlefer decided in April 2018 that `` to eliminate the ability to search for users by phone number, which caused the leak '' Was announced .

In addition, it is said that the database discovered this time can no longer be browsed, but TechCrunch security reporter Zack Whittaker said, `` The mystery of who, when and how the data was acquired remained. ”And pointed out the problem that the background of the leak of enormous personal information remains unknown.