Although it is a fellow of the

moon jellyfish with a diameter of about 15 cm, `` Deep Staria Jellyfish '' that freely deforms and swallows prey in the shape of a huge plastic bag lives in the deep sea, and still its ecology There are many mysteries left. The state of deformation of this deep star jellyfish was filmed by members of the exploration ship Nautilus and is now available on YouTube. The appearance of a small jellyfish growing too large is a mysterious video.


Deep Staria Jellyfish that looks softly in the deep sea looks like a teru shaved. 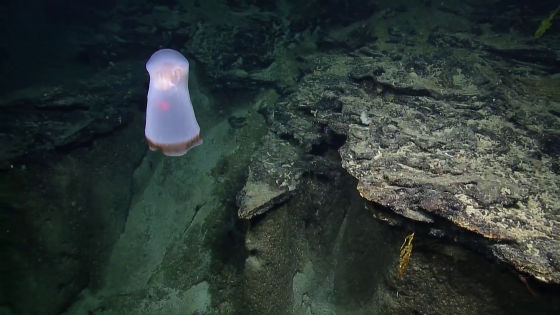 When approaching, there is a brown mass at the top and a red object in the middle of the body. The body of the jellyfish began to distort. 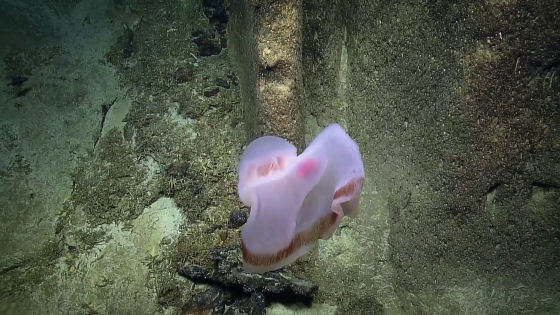 I will change the shape. The whole body has grown. 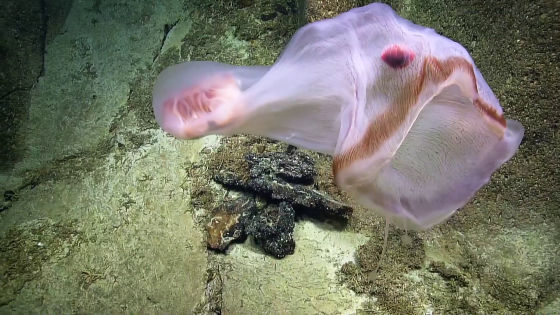 Hold the red object firmly. As you approach, you can see that the whole body has a mesh pattern. In a form that can not be imagined from the first appearance. The brown part in the upper part is the digestive organ. 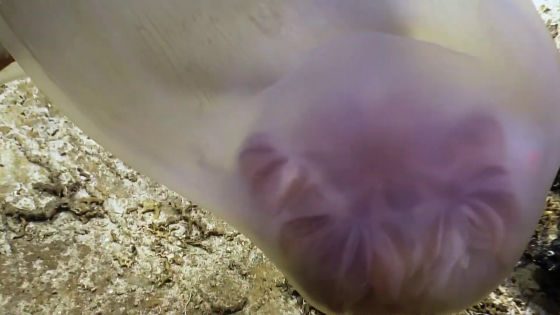 If you look at the ratio of red objects to the body, you can see how big the jellyfish are. It will spread further. 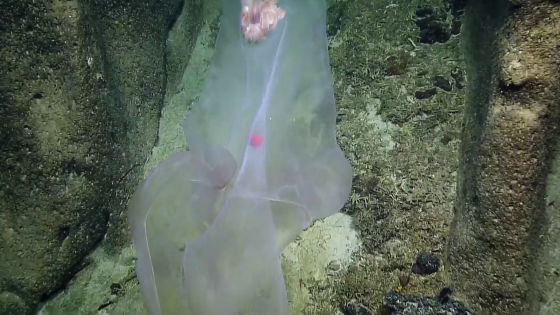 A figure that can be seen in the sea is a plastic bag. I'm also convinced that turtles accidentally eat plastic trash as jellyfish.