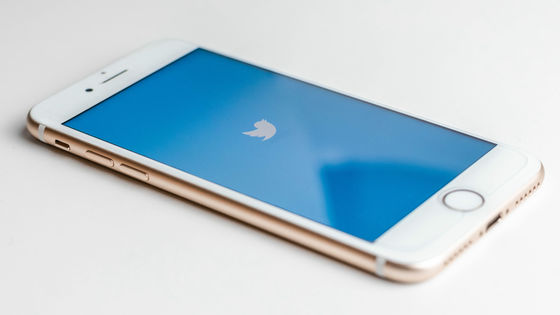 In response to the account being hacked, Twitter's communication team account tweeted, 'We are confirming that Jack Dorsey's account has been compromised and investigating what is happening.' .

We're aware that @jack was compromised and investigating what happened.

The account is now secure, and there is no indication that Twitter's systems have been compromised.

In addition, “The phone number associated with the account was compromised due to a security error by the mobile phone carrier. Using this phone number, an unauthorized user could send a text message to Dorsey CEO ’s account. I posted a tweet on, but this issue has been resolved. ' In other words, hackers used Twitter via short email using the Dorsey CEO's phone number that they obtained independently.

The phone number associated with the account was compromised due to a security oversight by the mobile provider.This allowed an unauthorized person to compose and send tweets via text message from the phone number.

According to a survey, Twitter was tweeting through a company called Cloudhopper that it acquired in the past to support SMS services. This is clear from the fact that “Cloudhopper” was written in the source part of what was tweeted illegally with Dorsey CEO's Twitter account.

The Tweets are coming from a source called Cloudhopper.Cloudhopper was the name of the company Twitter acquired a long time ago to help bolster their SMS service.

Looks like the hackers are Tweeting via the old SMS service ... pic.twitter.com/YcU3DTn9wS

Hacking Dorsey CEO's Twitter account is “Chuckle Squad”, the same group that hacked Twitter accounts of famous YouTubers like James Charles, Shane Dawson and King Bach. The group is said to have accessed the Google account of YouTuber / Etika who committed suicide in June 2019. Many victims hacked by Chuckle Squad suggest that AT & T employees have exchanged their SIM cards for their account being compromised.

After a hack by Chuckle Squad, an AT & T spokesman commented, 'We are working with law enforcement to restore customer service and discuss how to secure the account.' .

When Chuckle Squad hacked Dorsey CEO's Twitter account, he tweeted to join Discord's server, but this link is no longer working at the time of writing. The Discord representative told The Verge of the foreign media, “Within minutes after the link was reported to Discord, both the server and its users were completely removed from Discord.” It is. A representative of Discord explained that the reason for account deletion was 'Encouraging all kinds of hacking violates our terms of service'.