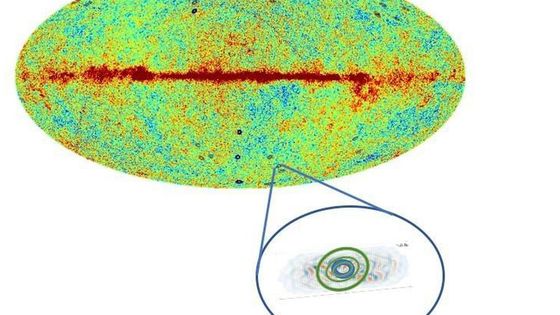 Roger Penrose is also an advocate of conformal cyclic cosmology (CCC) based on the theory that the universe is repeatedly destroyed and extinguished. Mr. Penrose and three astrophysicists announced the research results that the remnants of the previous universe were found in the data observed at the end of the universe.

Unexplained shapes in the sky could be from a universe before our own, say scientists | The Independent
https://www.independent.co.uk/life-style/gadgets-and-tech/news/universe-hawking-radiation-black-hole-conformal-cyclic-cosmology-a9070381.html

Did Scientists Actually Spot Evidence Of Another Universe?
https://www.forbes.com/sites/jesseshanahan/2018/08/24/did-scientists-actually-spot-evidence-of-another-universe/#66b461bf1425

When a long time elapses when the stars in the night sky burn out and disappear, the universe will eventually become a world with only black holes, but black holes are not considered to be eternal. On the surface of the black hole, hawking radiation that constantly releases energy is generated, and this phenomenon means that the black hole gradually loses mass and eventually disappears. 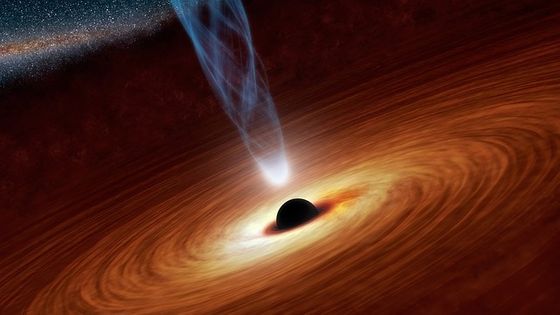 However, Penrose believes that even if the black hole disappears, the trace will remain as the “Hawking Point” where strong electromagnetic waves are observed. Moreover, Hawking Point will continue to remain after the universe has come to an end and a new universe has started with the Big Bang. Thinking this paradoxically, if the hawking points that should remain from the previous universe can be found in the cosmic microwave background radiation (CMB) , also known as the Big Bang reverberation, the universe loops. It is a powerful basis for Penrose's theory of doing so.

However, CMB is very faint, full of noise, and keeps changing randomly, so finding a specific structure is difficult. So Penrose and colleagues simulated a CMB that assumed the existence of a hawking point and compared it with actual CMB data. As a result, we found 20 unique areas that could only be explained by Hawking Points.

Image of Hawking Point in CMB. Several issues remain in this announcement. For example, Penrose discovered 20 hawking points, but Mr. Penrose himself admits that 'There are no tens of thousands of places'. Although the scope of CMB covered in this paper was only one-third of the total, 20 places are too few.

In addition, James Jibin professor of the University of British Columbia, the subject is 'at first glance would found a significant phenomenon in the random data because it is too huge anywhere effect cites the' Penrose et al discovery of mere coincidence product I pointed out that.

Penrose concludes the paper, 'If the identity of a unique area is elucidated by analyzing the CMB bias, new possibilities of cosmology will be found regardless of the validity of the CCC theory.' That said, I hoped that further research would be an opportunity to develop cosmology.