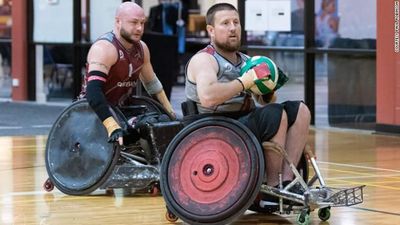 Quadriplegia is a symptom in which both arms and legs can not move together due to nerve damage caused by trauma. In this state of quadriplegia, the patient almost can not move their body, so that ordinary life becomes almost impossible, but the new surgical technique makes quadriplegia patients succeed in restoring arm function. I understood that I was doing.

Paralyzed man regains use of hands thanks to innovative nerve surgery-CNN
https://edition.cnn.com/2019/07/04/health/nerve-transfer-surgery-paralysis-australia-intl/index.html

The new surgical technique has succeeded in restoring the arm function of quadriplegia patients to the medical group of Natasha van Zeil and others working for Austin Hospital in Australia. Van Zeil and colleagues performed a combined nerve and tendon transplant operation on 16 patients with quadriplegia with an average age of 27 years. As a result, 13 patients have succeeded in restoring arm function.

The mechanism of surgery and functional recovery is as follows.

1: First, remove the undamaged nerve on the patient's shoulder.
2: Reconnect as it circles the site of the injured nerve.
3: The electrical signals of nerves are transmitted to muscles such as elbows. 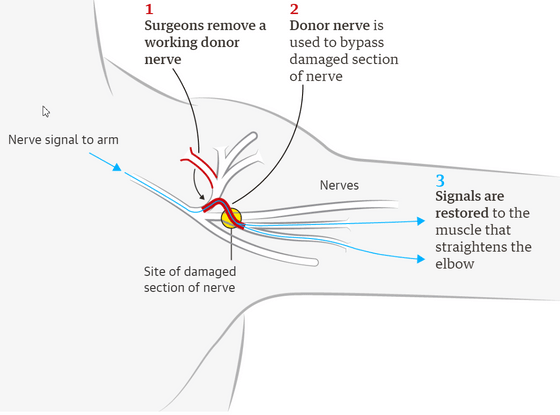 The point of this method is that it could be combined with tendon grafting to obtain a synergetic effect. Tendon grafts and nerve grafts have been performed in the past, but tendon grafts have the disadvantage of being able to exert force but can only perform limited movements, while nerve grafts have “flexible movements. There is a drawback that the power of what is possible can not be put out very much. By this method, it is said that quadriplegia patients were able to recover delicate power such as food and operation of equipment while recovering power enough to lift by about several kg.

The 13 patients with quadriplegia who have had a successful operation can now perform some daily life using wheelchairs etc. since they were almost bedridden. 'Nerve transplantation has been done before, but it is the first time I have been able to restore the function of the arm in a patient with quadriplegia,' said van Zeil.

The man on the wheelchair shown in the image below is Paul Robinson from Australia. Robinson had a vertebral fracture in a motorbike accident in 2015, and has since lived on a life of rarely being able to leave home, but he recovered by surgery to be able to drink beer with his own hands. 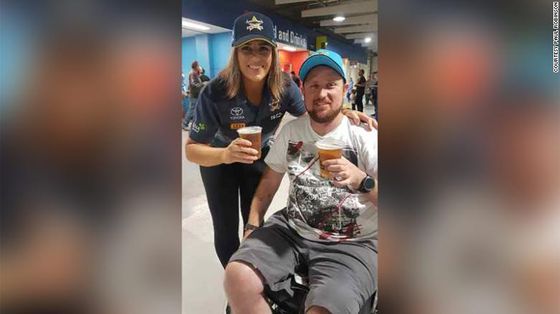 However, this procedure has the limitation that 'the function of the foot can not be recovered.' In addition, in order to expect the effect of surgery, it is considered desirable to carry out within 6 to 12 months after the cause of the nerve injury, and for several months to several years or more until rehabilitation is fully restored. May be required. In addition, the reason why 3 out of 16 patients did not properly recover their function has not yet been understood, and there are still many unexplained mechanisms of function recovery.

Fan Zeil said that 'our nerve transplant surgery will be a new option for quadriplegia patients to regain their daily lives and work and to be free and able to get involved in society' I talked about it and was motivated for further research.