The universal genius da Vinci may have been a developmental disorder 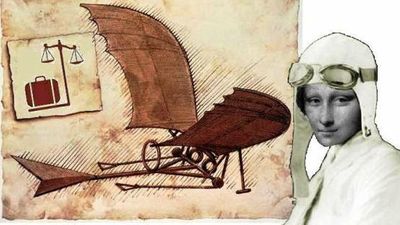 The artist Leonardo da Vinci , famous for his portrait ' Mona Lisa ', was not only a painter but also an all-purpose genius who studied in all fields such as mathematics, medicine, physics and engineering, but on the other hand it is dyslexia Potential is also suggested . Such possibility that Da Vinci was ' attention defect, hyperactivity disorder (ADHD)' has newly emerged.

These Scientists Think Leonardo Da Vinci May Have Had ADHD
https://www.sciencealert.com/these-scientists-think-that-da-vinci-might-have-had-adhd

'Italian artist Leonardo da Vinci is likely to have been ADHD,' said neurophysiologist Marco Catani, who is familiar with autism and ADHD, and Paolo Mazarero, a medical history expert. is. ADHD is a type of developmental disorder, such as 'it is difficult to keep on concentrating on one task', 'if the task is not fun, you will soon get bored in a few minutes' or 'can't sit still' Characteristics are the main symptoms.

In fact, Da Vinci was also a person with considerable unevenness in concentration. For example, when Da Vinci worked on 'The Last Supper, ' he said, 'I did not touch the brush for three to four days after being immersed in painting without taking a meal from dawn to dusk for several days.' Anecdotes are left. In the end, Da Vinci finished this work in about three years while being scolded by the abbot of Santa Maria delle Grazie with the 'last supper', but the production period of three years is da Vinci It was unusually short as the time spent to complete the painting. 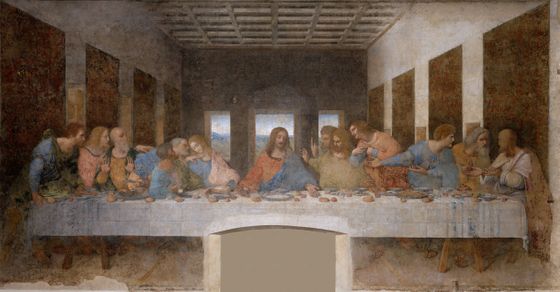 Mona Lisa ' was produced over the course of 16 years, but it was repeated starting and stopping, and eventually it was not possible for Da Vinci to complete it in a form that convinced himself.


What was left unfinished in a clearer form is “

St. Hieronymus of the Wilds ”. It is a work unique to Da Vinci familiar with medicine and natural sciences, such as the facial expression and physical expression of St. Hieronymus backed by anatomical knowledge, and the detailed depiction of the lion lying on the lower right, but it is not a coloring Even the draft of the department is left unfinished.


Da Vinci seems to be famous at that time to throw out the work on the way, and Ludovico Sforza , also known for having asked Da Vinci to produce the 'Last Supper' at the time of the Duchy of Milan・ When ordering a picture from Vinci, it is said that he made sure that 'the work should be completed within the prescribed period'. As such, Katana says, 'It is common in ADHD that there is uneven concentration and the ability to throw things away or postpone them quickly.'

'The agressive nature often found in ADHD is the source of creativity and originality, and restlessness is the driving force behind the quest for new discoveries,' said Katani. He also pointed out in a Reuters interview that 'many of the children with ADHD are often misunderstood that they have a low-impact problem child with a low IQ,' and his work on da Vinci fights against misunderstandings and biases. He said it would be fortunate if it helped the people of ADHD.