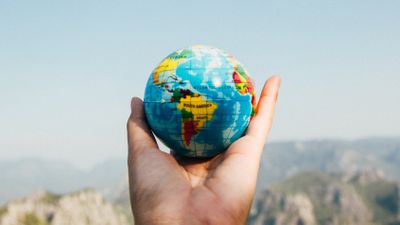 Carbon dioxide is one of the greenhouse gases and is considered to be a major cause of global warming. It is clear from the data of Mauna Loa Observatory on the island of Hawaii that the carbon dioxide concentration on the earth has finally reached 415 ppm, which is the highest ever observed .

CO2 in the atmosphere just exceeded 415 parts per million for the first time in human history | TechCrunch
https://techcrunch.com/2019/05/12/co2-in-the-atmosphere-just-exceeded-415-parts-per-million-for-the-first-time-in-human-history/ 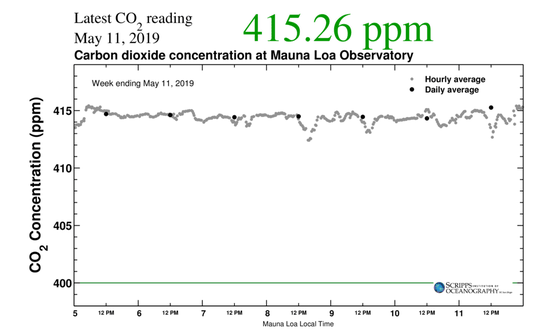 In the news that the concentration of carbon dioxide on Earth has exceeded 415 ppm, weather reporter Eric Holthaus says, 'This is the highest value since modern humanity appeared millions of years ago.'

This is the first time in human history our planet's atmosphere has had more than 415 ppm CO2.

Since before modern humans existed millions of years ago. Not just in recorded history, not just since the invention of agriculture 10,000 years ago. 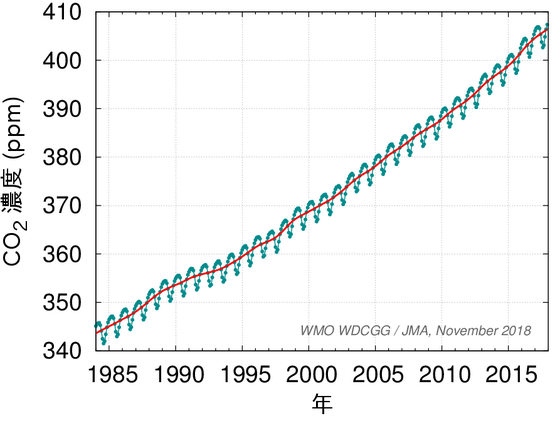 Looking at the span of the past 10,000 years, we can see that the concentration of carbon dioxide, which has been below 300 ppm for many years, has risen sharply in the last few hundred years. 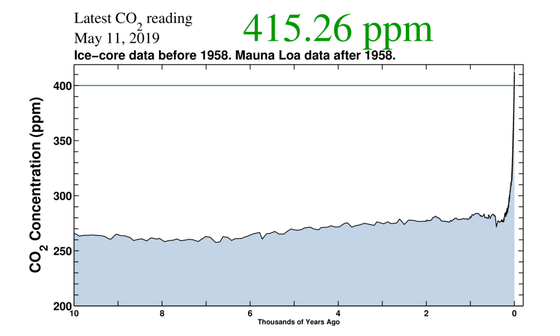 The impact of humanity on the earth's environment is increasing year by year, which can cause serious problems. In May 2019, the report “One million species of animals and plants are in danger of extinction due to human activities” was issued by the Intergovernmental Organization on Environment “The Intergovernmental Science-Policy Platform on Biodiversity and Ecosystem Services (IPBES ) it was announced by '. 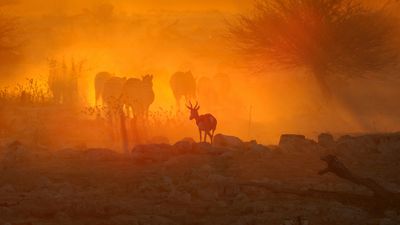 According to a report by the US government, if it does not take measures against global warming as it is, it is estimated that the cost of loss caused by climate change will reach about $ 500 billion in 2090 (about 55 trillion yen) . Greenhouse gases such as carbon dioxide also play a role of maintaining the temperature at which life can be maintained, but if the concentration is too high, efforts to reduce carbon dioxide emissions will have a major impact on the entire ecosystem. Is urgently needed.