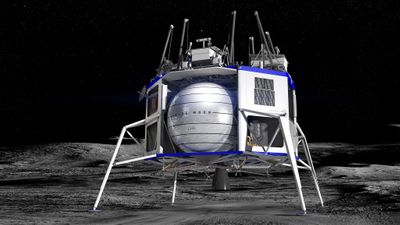 At the Convention Center in Washington, DC , Bezos announced a mockup of Blue Moon, a lunar landing gear that Blue Origin has been working on for the past three years. Blue Moon can be launched in combination with Blue Origin's vertical landing rocket ' New Glenn ' announced in 2017, and Blue Moon itself will be equipped with its own engine ' BE-7 '.

You can see in detail the following image movie to see what Blue Moon is actually a lunar lander.


Blue Moon flies over the moon. 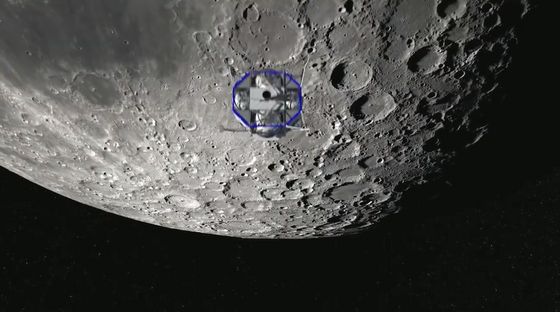 The Blue Moon, which also carries an engine, is capable of autonomously navigating the space, carrying a

payload of 3.6 to 6.5 tons and carrying a soft landing on the moon. 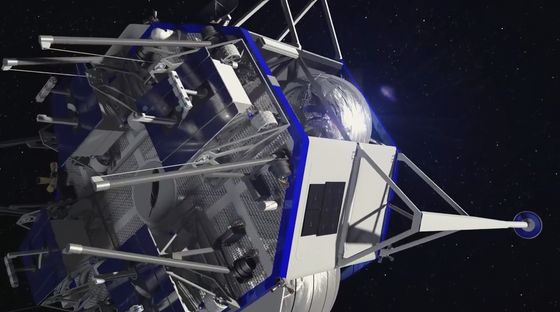 It seems that you can eject the package from the main body while floating in the outer space. 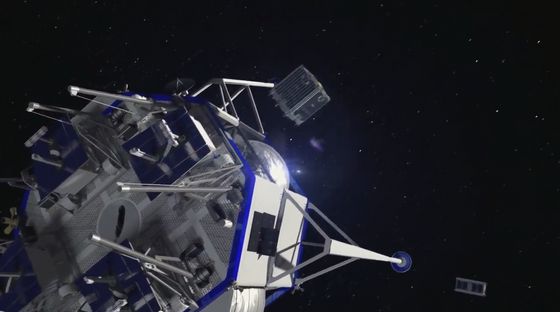 The BE-7 engine is mounted in the direction of Blue Moon, and the four legs extend in the same direction as the engine. Blue Moon approaches the moon while controlling its attitude with an engine ... It was vertical with the side with the legs down. 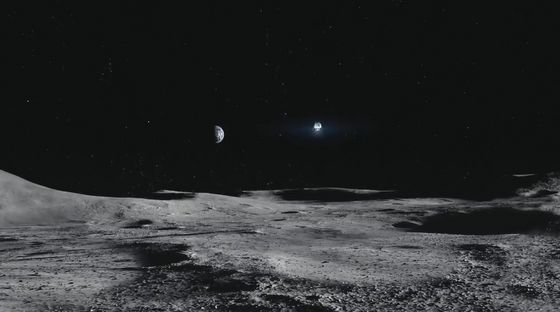 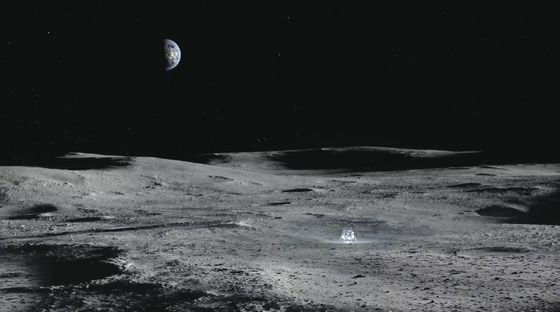 An arm extends from the top of the landing Blue Moon ... 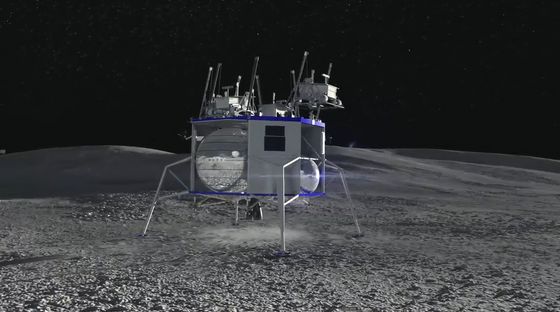 A small lunar probe has been taken down. 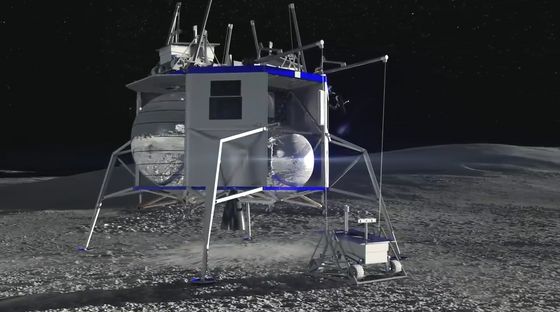 In his event announcement, Mr. Bezos stated that 'a very fundamental and long-term problem is that humans will eventually use up the energy on the earth,' and this solution is for the energy of the solar system in places other than the earth. It is to get the source.

Shackleton , a crater near the South Pole of the Moon, is considered to be the landing site for the Blue Moon. There is a place in the interior of Shackleton where sunlight does not strike, and it is believed that ice, a valuable space resource, is likely to exist. By mining ice and removing water, rocket fuel and drinking water can be obtained, so it can be a very useful resource for human activity on the moon.

'The most important thing we know about the moon is that there is water,' Bezos says, using the liquid hydrogen fueled by Blue Moon's BE-7 engine. It may be possible to produce from the surface ice.