What is the 'IKEA effect' that makes the user feel that 'the product is highly valuable' with a little effort? 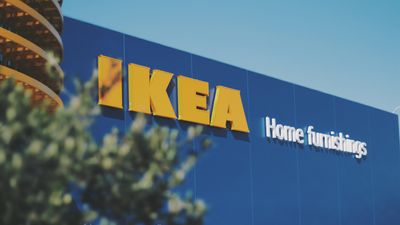 IKEA furniture is sold with parts separated, so you need to assemble the parts yourself at home. The phenomenon that this work, which is felt to be time-consuming by some people, causes the user to feel high value, is also called the ' IKEA effect ', and The Conversation of overseas media explains the IKEA effect.

The IKEA effect: how we value the fruits of our labor over instant gratification
https://theconversation.com/the-ikea-effect-how-we-value-the-fruits-of-our-labour-over-instant-gratification-113647

In 2011, researchers from Harvard Business School and Duke University presented a paper on the phenomenon that 'making a small amount of work can give users a sense of satisfaction and a higher value for products.' Did. We call this effect the 'IKEA effect' in the paper, as IKEA furniture requires assembly.

The research team said in the 1950s, 'General Mills, an American food company, added a process of' mixing fresh eggs 'to a recipe that only mixes with traditional water and bakes to increase sales of the hot cake mix.' We conducted an experiment to see the anecdotes and see if a little labor would increase user satisfaction. 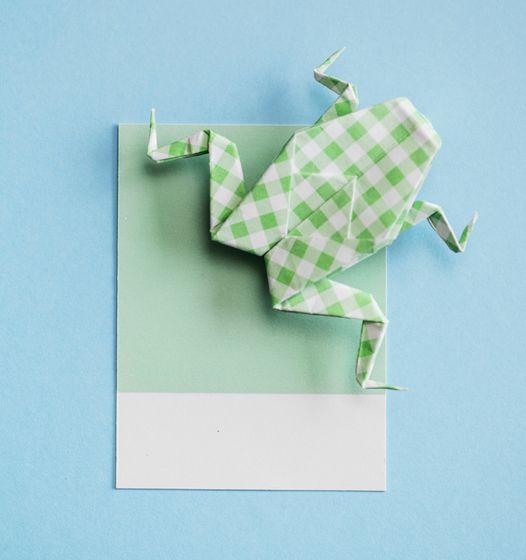 The graph below is the bid result of a crane or frog made with origami. Participants put a price of 20 cents (about 20 yen) or more on their own origami, while they put only 5 cents (about 5 yen) on origami made by other participants I understand that there is not. In addition, a bid was made for origami broken by an origami expert, and the participants added the same price as the origami they had broken. In other words, it turned out that the participants considered the folded origami as valuable as the origami folded by the experts. 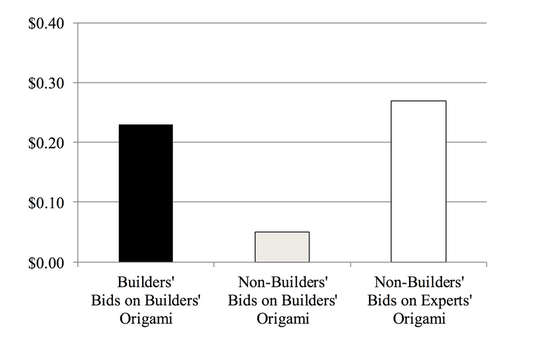 While the results show that labor makes products feel value, it has also been shown that this effect is limited. The graph below shows how much value participants have created IKEA boxes and how much value they feel in the box, the vertical axis is the price (in dollars) attached to the box, the horizontal axis is “how much I myself It is a feeling of doing DIY. The solid line is for the participant who completed the box, and the dashed line is for the participant who could not complete the box. It can be seen that the participants who failed to make the box feel less worthy than the participants who finished assembling the box. 'If you spend a lot of time assembling or can't complete it, the product feels less valuable,' the researchers said. 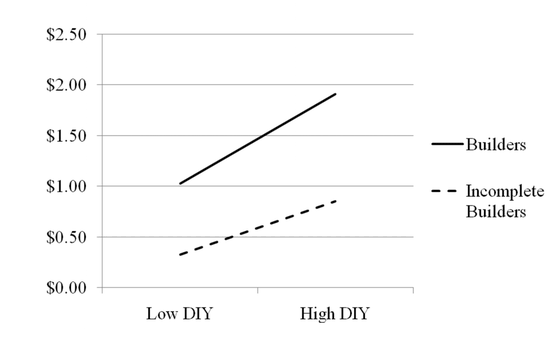 The IKEA effect is thought to be related to several psychological effects. One of them is the

possession effect that enhances the sense of “owning the product”, and people spend money not to lose the product they own, rather than getting the product from someone It is known to work. The other is the idea of effort justification, and it is the psychological effect that people who have sacrificed to achieve the goal have a high value for the achieved goal. For example, people who have been embarrassed to be part of a social group have been found to have a greater conviction for the group than those who have joined the group without any passage.

Combining these psychological effects with product brands can further enhance the user's sense of value. Even in the experiments conducted on the IKEA effect, the user has not made any originality or customization on the product they have made, but it is clear that they feel high value just because they paid the labor to make it Yes.

The effect of the IKEA effect is not limited to the construction of furniture, etc., but the IKEA effect is also shown in 'delivery packs packed with food items necessary for cooking.' Unlike food delivery services, food packs require users to cook using food. This is a hassle for the user, but The Conversations say that “cooking yourself” adds to the product value that the user feels.