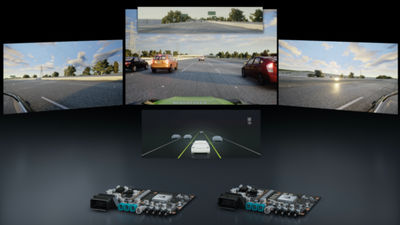 At the technology conference '

GPU Technology Conference 2019 (GTC 2019) ', NVIDIA announced the release of the platform ' DRIVE AP2X ' that enables full level 2+ automatic driving. At the event, there were also presentations on collaborations that developed the relationship with Toyota and on the autonomous driving simulation platform ' NVIDIA DRIVE Constellation '. 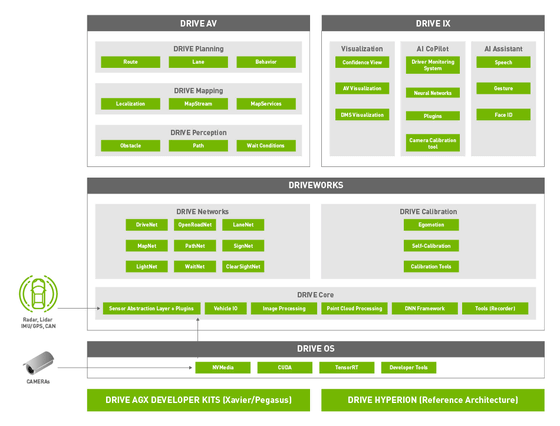 Scheduled to be released in the next quarter, DRIVE AP2X 9.0 will include additional deep neural networks (DNNs), face recognition capabilities, and additional sensor integration options.

The company also announced the enhancement of the DRIVE AV software suite for autonomous vehicles. A series of actions to analyze and predict changes in the car's surrounding environment, and protect vehicles and other road users, in order to overcome the current situation that approximately 94% of traffic accidents are caused by human error. It incorporates the 'Safety Force Field' component that determines the

In addition, it has become clear that the company will collaborate with Toyota Research Institute Advanced Development (TRI-AD), a research institute that Toyota has established, in development, learning and verification of autonomous vehicles.

This is a further development of the partnership in the field of autonomous driving that NVIDIA has been working with Toyota Motor. Within a few years, Toyota aims at using AI computing infrastructure that utilizes NVIDIA's GPU, utilization of the autonomous driving simulation platform ' NVIDIA DRIVE Constellation ', and automotive computer based on 'NVIDIA DRIVE AGX' Market launch of self-driving cars.