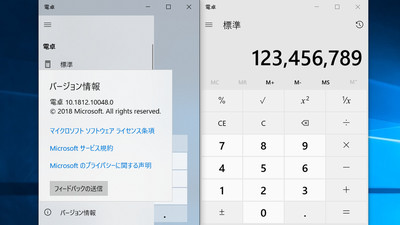 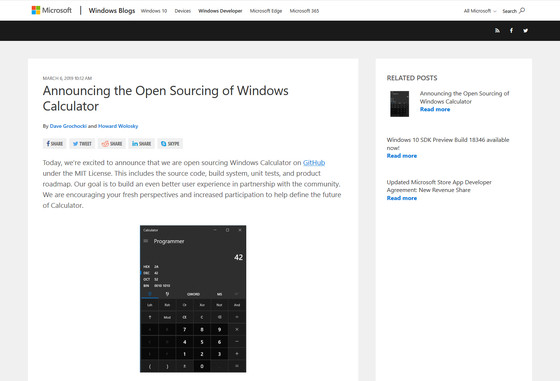 The latest version of Windows Calculator, which is standard in Windows 10, can calculate arithmetic operations on the basis of arithmetic operations like ordinary calculators, and can also use "function calculator" which can use various functions and "programmer mode "It is an application boasting multifunction such as currency and unit conversion. 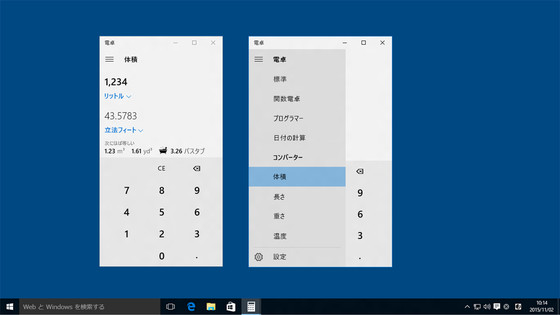 The source code is written in C ++ . In order to install it, running on Windows version 1803 or later is conditional. In addition, it is necessary to install the latest version of Microsoft Visual Studio and its option "C ++ Universal Windows Platform Tool", XAML Styler which is extension, and the latest version of Windows 10 SDK . In addition, it seems that Microsoft Visual Studio is sufficient even for a free Community version.

In addition to the source code, the scope of the openness of Windows calculator includes build , unit test , product roadmap . Microsoft says, "Anyone can participate in the development of a Windows calculator." According to the standard GitHub Flow , volunteer developers can participate in the discussion, report and modify problems, propose ideas for new functions, and design and build with Microsoft engineers.

"Our goal is to collaborate with the community to build even better user experiences.Which is to promote your fresh perspective and active participation to clarify the future of Windows calculators We are encouraging. "