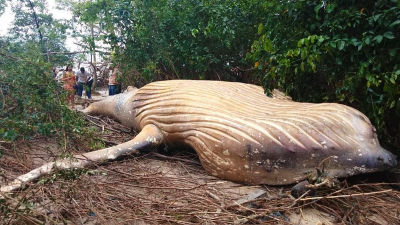 There's a Dead Humpback Whale in the Amazon Jungle and Nobody Knows Why - Motherboard
https://motherboard.vice.com/en_us/article/59xwnn/theres-a-dead-humpback-whale-in-the-amazon-jungle-and-nobody-knows-why

The appearance of whale being discovered from the jungle is from the following movie.


Pounding up the growing branches and leaves, walking through the jungle ... ... 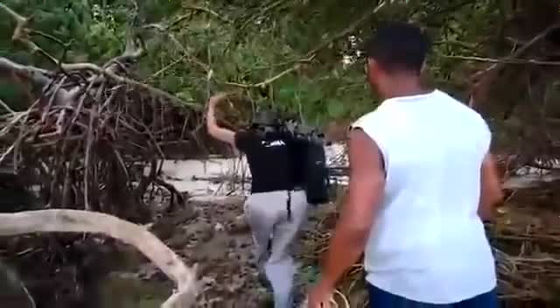 People who found something on board a mountain of branches. 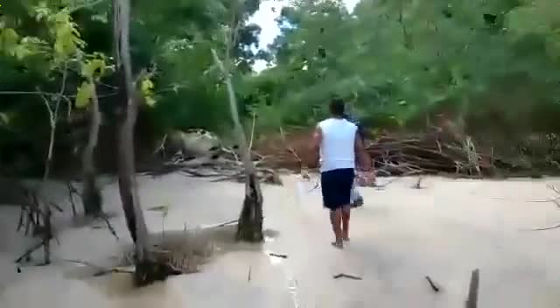 When approaching, it is a huge fin that does not suit the jungle. 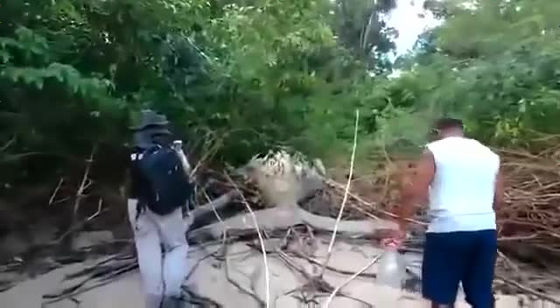 I will straddle the fins with big legs. Even if it is compared with the size of a human foot, its hugeness is obvious at a glance. 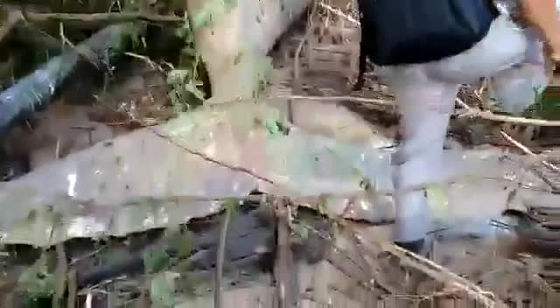 It is the death of a white whale that lies. 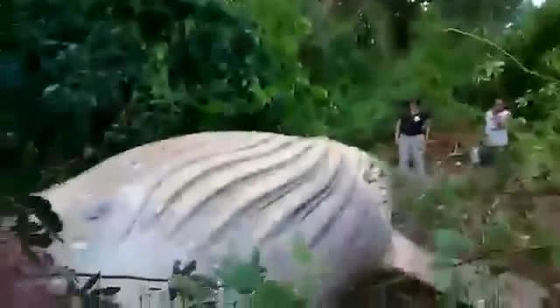 It seems that the stomach side is facing upward. 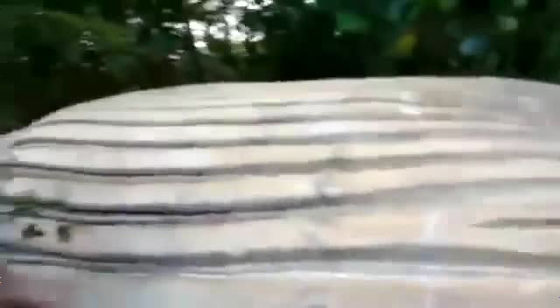 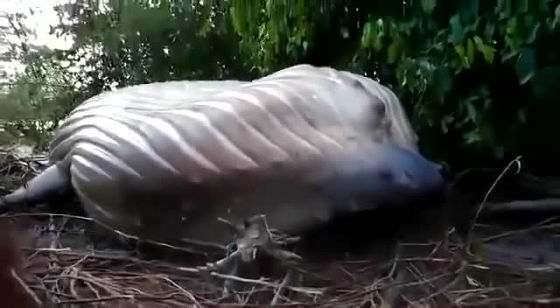 According to Brazilian marine biologists, it is children of humpback whales discovered on Marajo Island in the mouth of the Amazon River. Humpback whales live in the Atlantic Ocean off Brazil, but in February many of them travel to near the South Pole in search of food. The location where this humpback whale was discovered is about 4000 miles (about 6400 km) away from the place where humpback whales should originally move, which is confusing scientists.

Where the whales are found is a jungle where the trees are lively ... .... It is not a complete interior, it is about 15 meters from the coast. The humpback whale is about 26 feet (about 8 m) and it reaches at least 1 year old. An estuary where a whale was discovered is a place where fresh water and sea water flowing out of the land mix, and whales were swept away into the mangrove by the tide, Renata Emin, the representative of the nature conservation group Bicho D'Água It is. "I do not know what the whale was doing in the northern coast of Brazil during this February, which is not normal," Emin commented.

The whale is about half the size of an adult humpback whale, and researchers think that they may have died after getting stuck with their mother. The researchers investigated the whale while the tide was pulling, confirmed the life and death, brought back the sample. In the future, from the signature in the body, the cause of death, such as whales hit the net or collided with the boat, is expected to be identified.