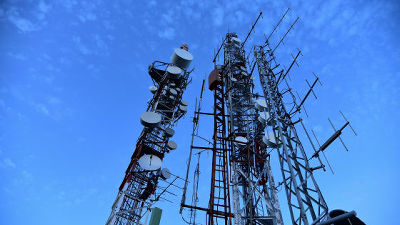 Posted on Twitter that he wants to realize "6G" network which President Trump does not yet exist "as soon as possible". It is a topic that is "What is 6 G all together?" Trump says he wants '5G, and even 6G' wireless tech. But what is 6G? - The Washington Post
https://www.washingtonpost.com/technology/2019/02/21/trump-says-he-wants-g-even-g-wireless-tech-what-is-g/

President 's tweets are as follows.

"I hope 5G, even 6G technology, will be realized in the US as soon as possible, which is more powerful, faster and more powerful than existing standards, American companies will make an effort Or is it left behind? We are ... .... "


"There is no reason to take a delay from an obvious future.I want America to win the competition by not blocking the currently developed technology.We have to become a leader in everything to do.With exciting technology Especially in the world! "


I must always be the leader in everything we do, especially when it comes to the very exciting world of technology!


About this statement, "This is the United States, we need to go skipping straight towards 20 G," and "In addition to comments that this is the reason why older people should not make decisions about technology", " About raise $ 10 to return to the office, which was asked to explain, "such as thrusting have been also carried out.

Overseas media Ars Technica said about President Trump's remarks: "5G deployment already carriers are preparing the network in several cities, President Cardinal's remarks will not have any influence.The 6G is also a new generation It will take years for the radio to deploy and 6G's plans are at the most in the early stages and so will not have any impact. "

Meanwhile, the Washington Post said that "6G exists as a theoretical concept and there is much development in the real world", and then in September 2018 (PDF file) wireless Jessica Rosenworcel of the Federal Communications Commission at the Industry Council stated, "The sixth generation wireless service will have the frequency and spatial multiplexing scheme of terahertz," 6G said 1000 times the speed promised at 5G Suggesting that there is a possibility to support downloading at the speed of. However, the International Telecommunication Union, which studies what 6 G will look like, has named this network "Network 2030", and from that name it can be seen that there are many challenges to realize. In addition, in August 2018 Huawei's Chief Scientist and Network 2030 representative says "6 G has not been defined yet."

On the other hand, it is also a problem that hype is being done about 5 G, which is approaching realization. Although Verizon offers a home 5G network, this is not a global standard but Verizon's proprietary standard. AT & T has also been accused of misleading consumers by selling the majority of the 4 G LTE network as 5 G. Some companies take a marketing strategy called "10 G" for 10 Gbps. Regardless of Verizon's comment, the Federal Communications Commission says "deregulation is necessary to boost the transition from 4G to 5G." Under these circumstances, Ars Technica pointed out that President Trump's tweet could be used for deregulation, pretending to hire the already adopted 5G technology of hype ads.