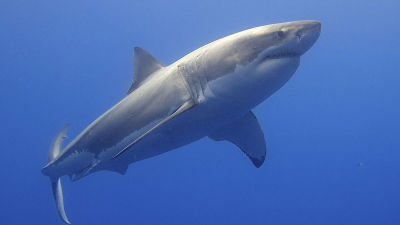 Sharks that are said to continue to exist on Earth for over 400 million years are considered excellent species that have enhanced the ability to adapt to the environment. Among them, genome analysis of the shaded white shark genetic information that should be learned is often done, genomic analysis has been conducted, and research is being conducted to use it to cope with threats to human life such as cancer such as cancer.

Sharks continue to survive on Earth long before humanity was born and are considered extremely excellent creatures that have adapted well to changing ecology. Especially the big shark, which is a large shark that exceeds 6 meters in length, can be said to be a typical "success in evolution", and it is thought that genetic information has genetic secrets of species that have lived forever without extinction It is done. 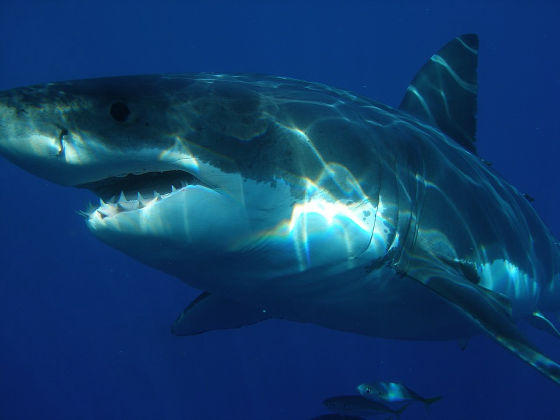 Dr. Mamud Sividge of the Save Our Seas Foundation Shark Research Center and a research group of Dr. Michael Stanhope of Cornell University etc. completed the decoding of the genome of the white shark. Surprisingly, it seems that the genome information of the white shark contains 1.5 times the genetic code of human 's human genome.

Researchers have discovered a number of genes necessary to adapt to changing circumstances, such as repairing DNA and tolerating DNA damage, from the genome of the white shark. Researchers think that these genes are not present in the human genome and that the lack thereof is related to the fact that humans increase cancer incidence with age and develop various diseases That's right.

In addition, Dr. Shivizi is also paying attention to the gene of the whale shark, which has a large body like the white shark, it is said that it is conducting genome analysis. I plan to investigate genetic characteristics related to the environment adaptation to the environment and longevity by clarifying similarities of the genetic information of the two species which succeeded in enlarging even in sharks of the white shark and the whale shark. Ultimately, the results of stable genome analysis of sharks are aimed at utilizing it to obtain knowledge for treating various diseases occurring in humans due to an unstable genome. Dr. Civiz said, "We have only cut into the surface of the shark's genome research," and research on shark genetic information has just begun. In the future, by analyzing and analyzing genomes of sharks of various species, is it possible that the genetic features seen in the white shark and whale shark are expressed in sharks of all species, or are species evolved into large bodies We are planning to investigate whether it is a unique feature.