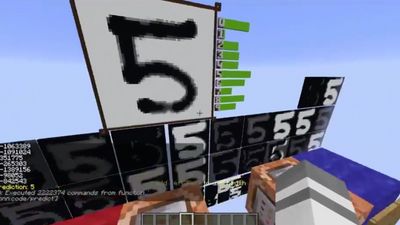 Minecraft is a game in which users can make various things using blocks of cubes and in the past art works such as " super huge hand " and " pixel art made of 1128,960 blocks " In addition to the " word processor with storage device " and " virtual smartphone that actually works" have been made by users' hands. On such a main craft, it is talked about the appearance of a hero who builds "a neural network recognizing handwritten figures ".

You can check how the neural network actually created on Minecraft recognizes handwritten numbers from the following embedded movie of tweets.


A monster who built a neural network with Mike's command block and created a numeric recognition program appeared. https://t.co/MEKZyRnJHT pic.twitter.com/XK9b1Zpo2A


What is displayed on the screen is a white canvas that appeared in the blue sky. Numbers from 0 to 9 are lined up at the right end. 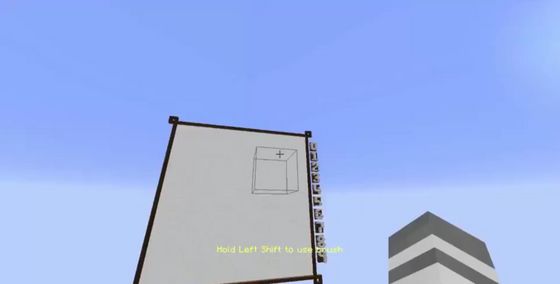 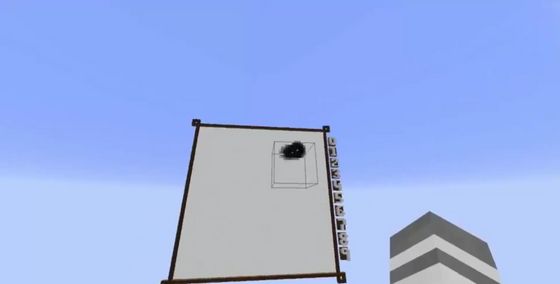 I will write numbers. 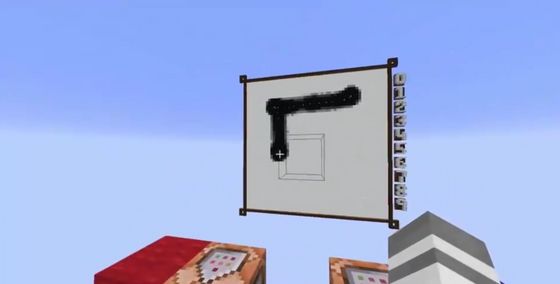 The number "5" was written on the canvas. 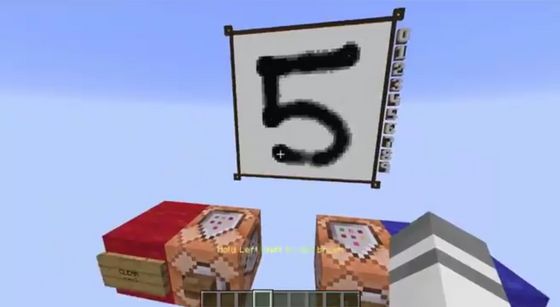 When you press the button made with the command block in the lower right ... .... 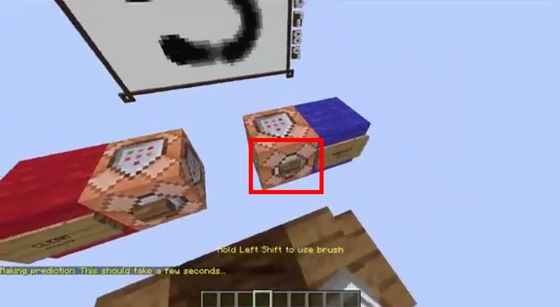 The neural network determines the handwritten numbers written on the canvas. 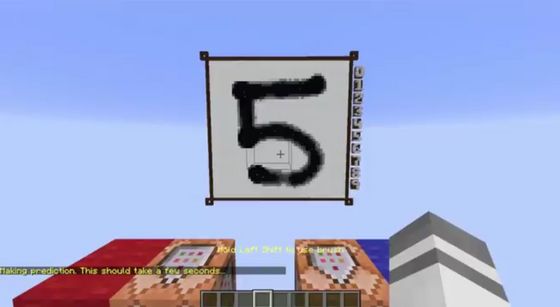 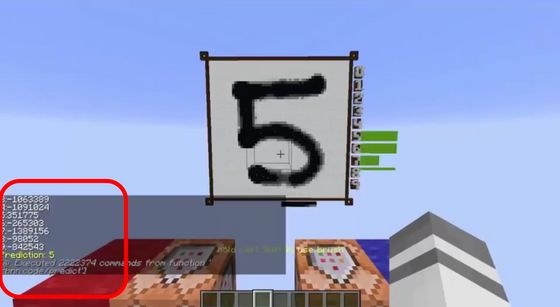 It was correctly judged as "Prediction: 5 (forecast: 5)". 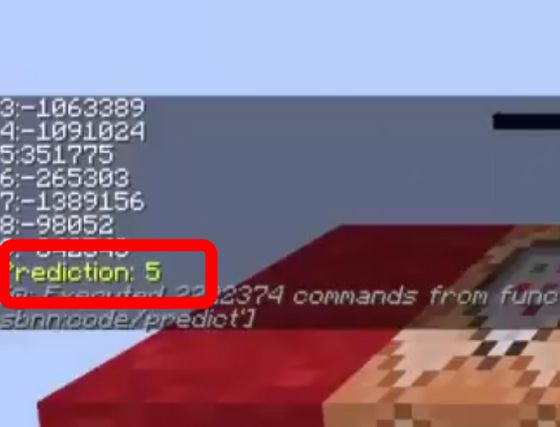 Also on the right side of the canvas is a bar graph showing the result of judgment of the number. 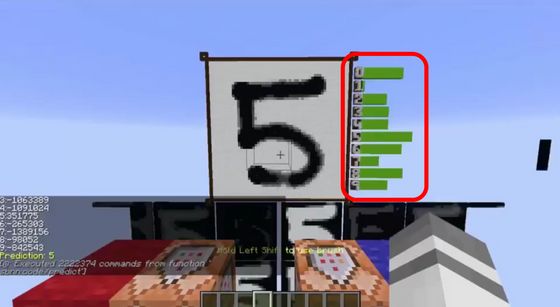 Then, a large number of blocks marked "5" was displayed around the canvas. 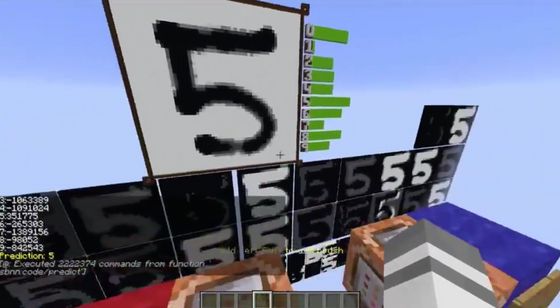 The neural network seems to be able to recognize handwritten digits correctly. 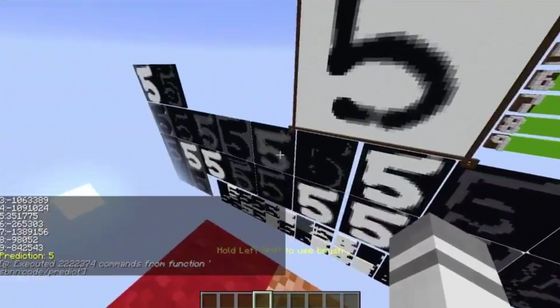 Next, write "3" and try to recognize it in the neural network. 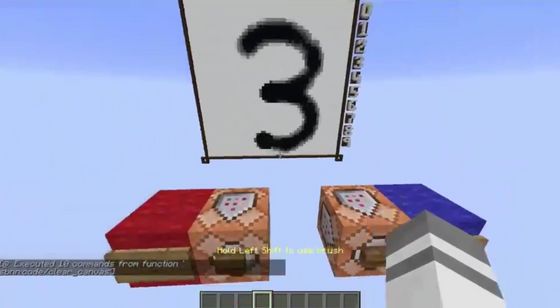 Then, again, it was recognized that handwritten numbers are correctly "3". 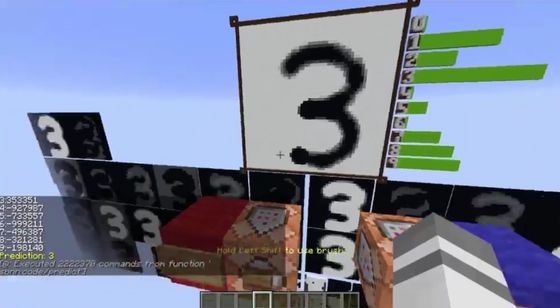 According to author SirBenet, the world of a neural network that can recognize handwritten digits can be downloaded from the following file distribution page.