Google will advance measures to disable ad blocking function to hide advertisements on the web by Chrome etc. 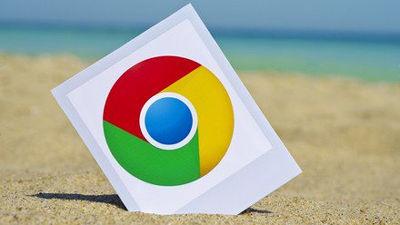 Speaking of Google as a search engine, web browser, a company developing a mobile OS like Android, it is also the world's largest web advertising company using Google AdSense and Google ads (formerly Google AdWords ). Although it seems to be a large company and there seems to be various revenue sources, 90% of revenue actually is said to be web advertisement still, but Google Chrome which is a self-developed web browser hides annoying advertisement "Advertisement Block function "is proceeding with plans to invalidate it. Meanwhile, like many Internet-related companies, Google, which is a source of web advertising, is an open-source project " Chromium ", which is the base of Google Chrome and will be adopted by Microsoft Edge, Including the "blocking specific content" features, including the plan to block the plan.

Developer Raymond Hill, who develops ad blocking features like uBlock Origin and uMatrix , said in a Chromium community on January 22, 2019, "A highly restricted API with proposed manifest version 3 provides content blockers If it becomes the only way to do it, I can no longer offer uBlock Origin and uMatrix that I have developed for a long time ", leaving a negative comment on Chromium's policy change. Although Google says that the introduction of the declarativeNetRequest API improves the privacy of users, the term "privacy" here refers to the privacy defined by third party extension developers, rather than the privacy defined by Google, The Register pointed out that the media. Furthermore, if Google is a problem relating to content blockers as being more trustworthy than third-party developers, content blockers become a problem for Google and advertisers who own an ecosystem for delivering web advertisements If you say that you can modify it, the user warns that third parties may allow you to filter the network.

The introduction of the declarativeNetRequest API proposed in manifest version 3 reduces the effectiveness of content blockers and ad blocking functions, but it does not preclude all ad blocking functions. The basic filtering mechanisms supported by Adblock Plus are available. Regarding this, The Register says, "Google and other Internet ad networks apparently pay a fee to Adblock Plus to whitelist online advertisements.Therefore, this plugin got a special benefit, Other services are being treated seriously. " 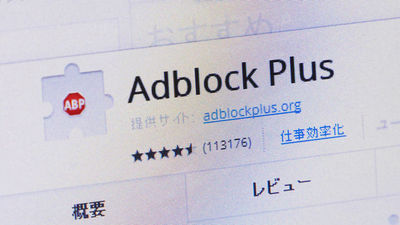 Chromium's manifest version 3 is still in the proposal stage and a full-scale introduction is still ahead, but already some developers say "Google is an excuse for giving priority to the interests of advertising business rather than the interests of browser users We use the word privacy as "to point out."

In addition, when The Register requested comment from Google, a spokesperson said, "These changes are in the design process." "The situation may change, if it is available, share the update I heard that you got a reply saying "I will do it."