What is one of the reasons why the development studios struck the entire sales of the game and hammered back? 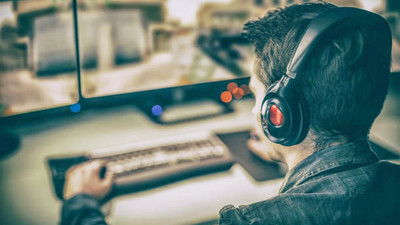 Game-related companies can roughly be divided into two, "Developers" which plan and develop games and "Publishers" which sells and promotes games. Indie's game development studio where most of sales were brought by publishers and management ceased to operate has been reported to have succeeded in getting the superb sales rights by adopting the "last resort".

We DMCA-ed our own game last week because it got hijacked by Publisher. AMA: gamedev
https://www.reddit.com/r/gamedev/comments/ai80zd/we_dmcaed_our_own_game_last_week_because_it_got /

Founded by Malaysian residents Jeremy Choo and Shaikh Zhafri, Ammobox Studios organized the " Eximius: Seize the Frontline " combining the first person shooter game (FPS) and the real time strategy (RTS) Development and development. The GameWall Studios in the UK served as a publisher, and from September 2018 the Early Access version was distributed on multiple PC game selling platforms such as Steam. However, the sales of "Eximius: Seize the Frontline" that is supposed to be transferred from The Game Wall Studios to Ammobox Studios was not transferred at all. Although Ammobox Studios claimed sales through a lawyer, The GameWall Studios did not reply at all, and almost all revenues including sales at the sale that was held four times since the September release were almost not at hand. As a result, Ammobox Studios can no longer pay for update development costs, server maintenance costs, etc. DMCA is a law aimed at protecting the copyright of digital contents and can pursue responsibility to platformers and providers for content infringing copyright. However, in DMCA, "Notice and Take Down" is stipulated that "responsibility of the platformer and provider is not questioned if the content is immediately deleted when receiving notification from the right holder", so the right When infringement notice based on DMCA is made from a person, there are cases in which correspondence such as deletion is done before checking the authenticity of the application often. After that, as a result of consultation with the Steam side, the sales right of "Eximius: Seize the Frontline" was returned to Ammobox Studios. Mr. Choo said, "Because The Game Wall Studios is no longer a publisher, we withdrew the DMCA application, which is a small victory, four months after the launch of" Eximius: Seize the Frontline ", Ammobox Studios has paid off debts Although it was on the verge of bankruptcy, we finally regained the sales right, we will stand up. "

Like Ammobox Studios, emerging game studios with low credit can not easily contract with major game publishers. The series of tasks of The GameWall Studios can be said to have been incorporated in weaknesses of such developers. Game developers who had exploited sales by The GameWall Studios seemed to be elsewhere besides Ammobox Studios and Reddit also had a stakeholder in Titan Forged Games who developed the game " Slinki " got damaged from The GameWall Studios by the same spirit Confessioning what he was receiving. Titan Forged Games also seems to succeed in recovering sales rights by using DMCA. Choo told GamesIndustry.biz that Mr. Choo told GamesIndustry.biz that only Steam responded to responding to a DMCA infringement application of "Eximius: Seize the Frontline" to stop selling and to delete the name of The GameWall Studios He said that. At the time of article creation, sales were not stopped in either GreenManGaming , Humble Store or Fanatical , and the publisher remains as The GameWall Studios.