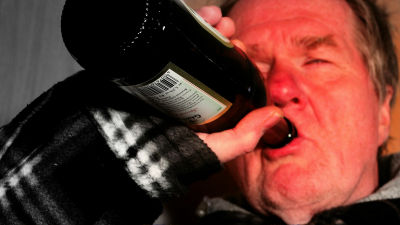 It is known that it is difficult to break alcohol when it falls into alcoholism, and it is known that the risk of recurrence that hands out alcohol once again is known even once it is recovered. However, despite alcohol being toxic to the nerve, I was not well aware of why people wanted alcohol again and what kind of reactions are occurring in the brain. Meanwhile, studies have been issued that toxicity is caused by the brain's memory pathway being influenced by ingested alcohol.

Just a few drinks can change how memories are formed | News from Brown
https://news.brown.edu/articles/2018/10/alcohol

Emily Petrucheri 's research team , which studies neuroscience at the University of Illinois, studied the brain's response to alcohol using Drosophila melanogaster. It is known that alcohol poisoning occurs not only in humans, but also in flies . And although there is a big difference such as the number of cells in the brain of the fly and the human brain, since the mechanism of the signal issued when producing memories of remuneration and evasion are basically the same, the reaction of fly brain to alcohol It is a very good model to know the reaction to human alcohol. 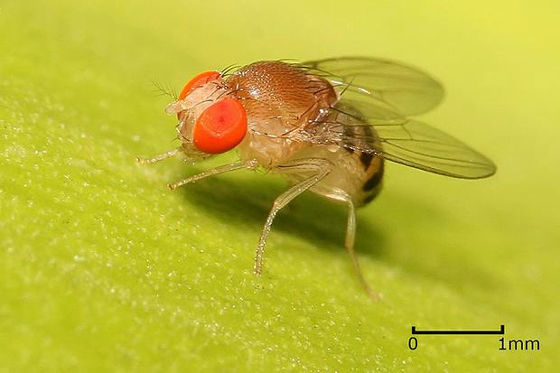 In the experiment, I analyzed the factors that cause desire to alcohol by selectively invalidating genes while training flies to find the presence of alcohol. As a result, it turned out that the cause of fly like alcohol is in "Notch Protein" which influences the signaling involved in the expression of dopamine receptor (D2-like receptor). It is known that D2-like receptors have decided whether memory was good or bad.

According to Associate Professor Carla County of Brown University who is a coauthor of the paper, in relation to the alcohol reward system investigated this time, the signaling cascade never turns on or off the dopamine receptor gene, and the amount of protein produced He did not increase or reduce it. Instead, the fact that Notch protein acts as "first domino" ultimately changes dopamine receptors slightly to change the way the memory is formed, making it easier for better memories to be retained than bad memories It is seen as unknown. 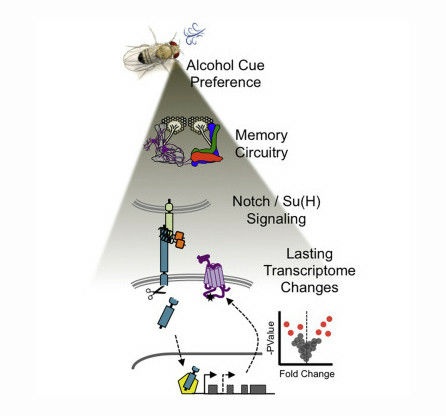 Dr. Pettcheri and others think that the influence given to the memory pathway of the brain by alcohol intake is likely to cause a high dependency that leads to poisoning symptoms, but future research on elucidation of its mechanism I have been waiting.